“See the mirror hanging there, face of silver, frame of black, Oculus of glass, I stare. I can feel you staring back. They hear your voice, believe your lies. A window, portal, darkened door. Should you claim my staring eyes, my soul you’ll hold forevermore…”

The producer of Paranormal Activity and Insidious presents Oculus, one of the most highly anticipated horror films of 2014. Directed by Mike Flanagan, Oculus was given its world premiere at the 2013 Toronto International Film Festival where it was received to largely positive reviews. During its opening weekend at the US box office it was an instant hit and made back double its $5,000,000 budget and is set to be just as successful here.

Based on the short Oculus: Chapter 3 – The Man with the Plan, the film tells the story of Kaylie Russell and her brother Tim Russell who witnessed the murder of their parents as children. Convinced their parents death had something to do with a supposedly haunted mirror, the siblings conduct an experiment to prove their theory only to find their reality shattered by terrifying hallucinations before realising that their childhood nightmare is back with a vengeance. 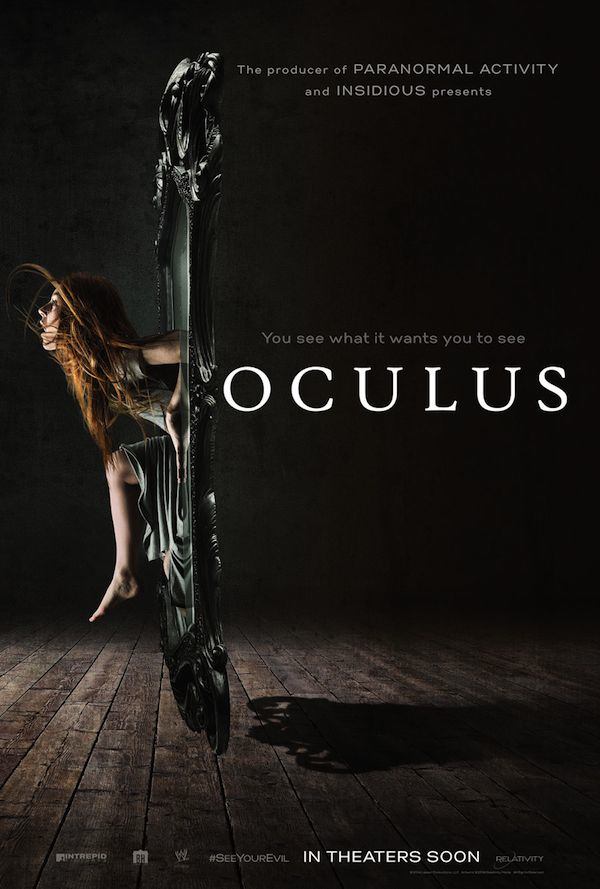 [HORROR AND SCI-FI EDITOR] Jon Dickinson graduated from Sheffield Hallam University in 2006 with a Bachelor of the Arts degree in Communication Studies with an emphasis on PR and Multimedia. Since graduating he has contributed to several publications and regularly attends some of the biggest film festivals in the UK including Film4 Frightfest.
You might also like
Trailers