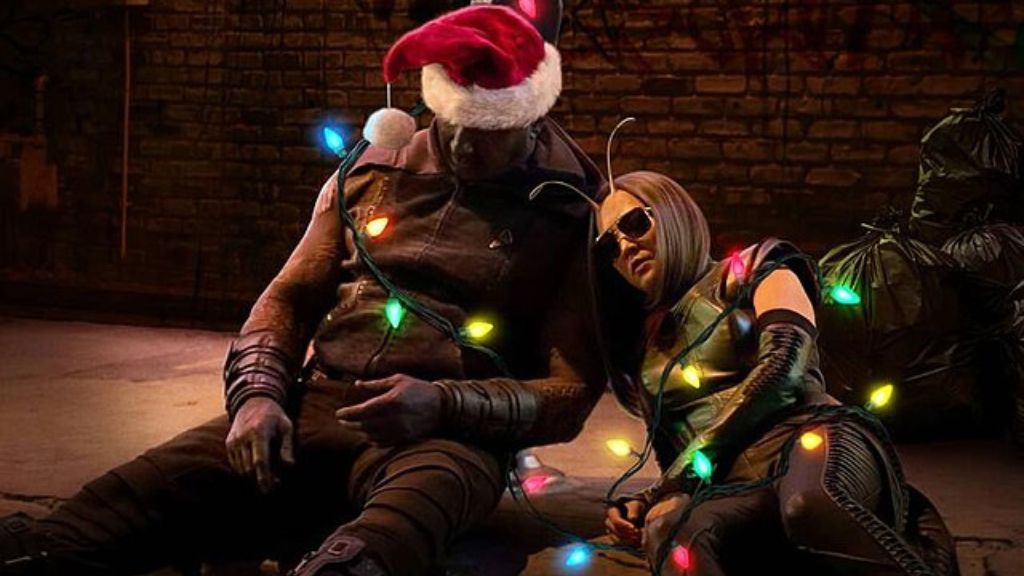 Kevin Bacon is about to be inaugurated into the MCU fold as himself, as confirmed by the new trailer for the upcoming The Guardians of the Galaxy Holiday Special.

Directed by James Gunn, the Holiday Special serves as the epilogue of Phase Four of the MCU, taking place between the events of Thor: Love and Thunder and Guardians of the Galaxy Vol. 3 (2023). The film finds Peter Quill (Chris Pratt) still sad about Gamora (Zoe Saldaña) being gone so, in the hopes of instilling some Christmas cheer, Drax (Dave Bautista) and Mantis (Pom Klementieff) head off to Hollywood in search of what they think will make the perfect stocking filler for Quill: the legendary Kevin Bacon himself.

Of course, things don’t appear to go as well as planned as we see Bacon subsequently scarper as if he still had “two more, repeat, two more motherhumpers” on his heels.

Karen Gillan, Pom Klementieff, Vin Diesel, Bradley Cooper, Sean Gunn, Michael Rooker, and Zoe Saldaña will all reportedly reprise their roles as from previous MCU media. Maria Bakalova will also provide the voice of Cosmo the Spacedog: A sentient dog who has been sent into space by the Soviet Union.

Gunn had worked on the concept for various years before it was announced in December 2020. Filming then took place during the production of Guardians of the Galaxy Vol. 3.

Commenting on the Special, Gunn said that he had been a longtime fan of the Star Wars Holiday Special as a child and came up with a story that is “as crazy and fun as can be” and that he had “bugged [Feige] endlessly about [it] over the years.”

Speaking with the Radio Times, he added that it is the “greatest thing I’ve ever done in my life … It’s totally ridiculous, and every day we can’t believe that we’re making it … We all completely love it. It is unlike anything that anyone’s ever seen before. I can’t wait for people to see it.”

Lego is also set to release a The Guardians of the Galaxy Holiday Special advent calendar to tie in with the film’s release.