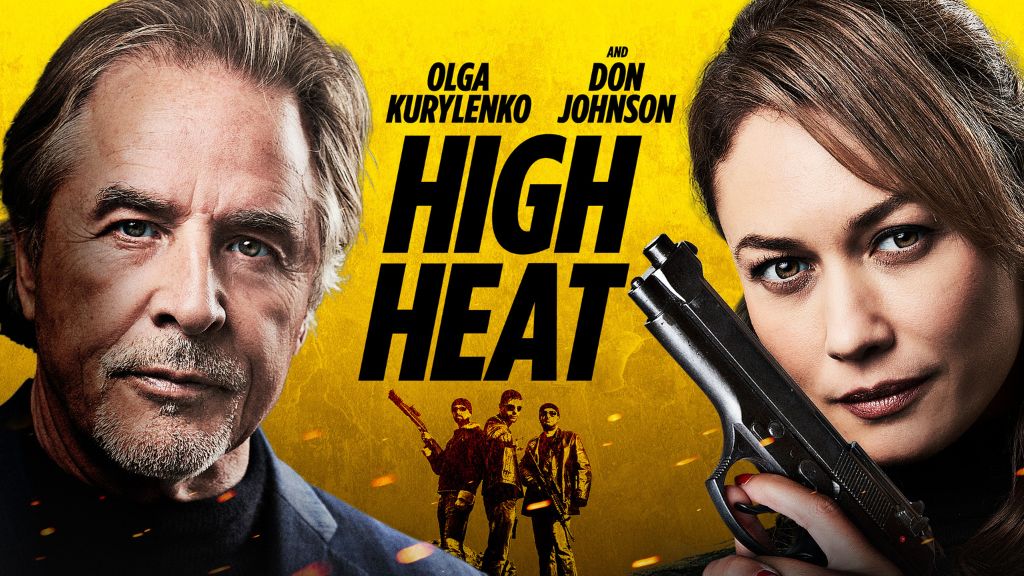 Don Johnson (“Miami Vice”, Knives Out) and Olga Kurylenko (Black Widow) are currently cooking up a storm in Zach Golden’s (The Escape of Prisoner 614) action-packed thriller High Heat which is available on digital platforms including Google, iTunes, Sky, Amazon, and Virgin now.

Pitched as a cross between True Lies and Boiling Point, and spiced with witty dialogue and chemistry between the leads, High Heat sees Kuryleno sizzle as an ex-KGB agent-turned chef, and Johnson is terrific as her husband, who owes a massive gambling debt to the local mafia that he can’t pay back. When the mob comes knocking, they don’t reckon on having to tangle with a highly-trained former Russian operative. Pitched as True Lies meets Boiling Point , as the  veritable buffet of bloodshed, bullets and blistering fight scenes plays out as the tension builds.

We are currently running a competition to win one of two iTunes codes for the film which you can enter over on Twitter via the tweet below.

GIVEAWAY!
WIN action-packed thriller HIGH HEAT, starring Don Johnson & Olga Kurylenko
We have 2 iTunes codes to give away
To enter the competition:
FOLLOW @cinemachords
Retweet this tweet & TAG a friend who you want to watch the film with.
Closes at 11.59pm 26/1/23 – UK only. pic.twitter.com/82hsGf5j5x

Hight Heat is available now and, as you can see based on the trailer below, the film turns the burners on full and delivers a sumptuous action banquet seasoned to perfection.