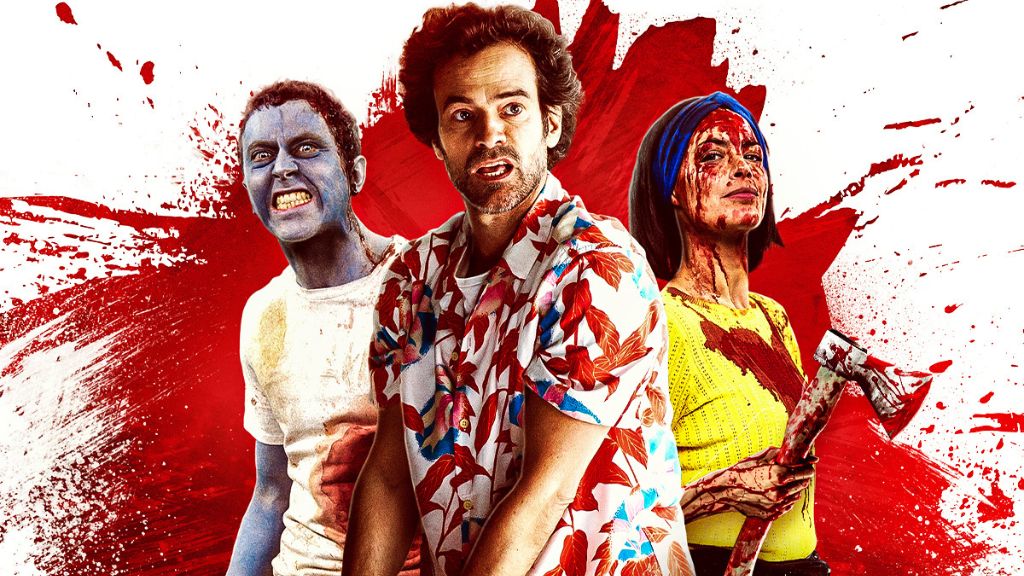 To celebrate the imminent release of Academy Award®–winning writer/director Michel Hazanavicius’ (The Artist) zombedy Final Cut (Coupez!), the French remake of the acclaimed J-Horror One Cut of the Dead, we thought now would be a better time than ever to resurrect some of the greatest horror remakes to grace the big screen in a “best of” list.

Set against the backdrop of a B-movie production that goes from bad to worse, Final Cut finds Duris playing the film’s director who seems to be the only one with a semblance of resolve to keep this low-budget zombie film alive.

As he struggles to raise morale amongst the disgruntled technicians and listless cast members, the shoot is suddenly thrown into disarray when hordes of real undead crash the production. Now, the actors must fight the undead and their director, desperately attempting to make sure they’re not left on life’s cutting room floor.

Shinichiro Ueda’s original film was made on a shoestring budget of $25,000, going on to gross more than $30 million worldwide. It was based on Ryoichi Wada’s stage play “Ghost In The Box” and produced by Enbu Seminar.

Final Cut finds Hazanavicius returning to the trademark unflinching comedy of his 0SS 117 spy movies after having changed tack with the family adventure The Lost Prince, the humourous Jean-Luc Godard biopic Redoubtable, the war drama The Search and the Oscar-winning black and white comedy romance The Artist.

Carpenter’s vision of The Thing from Another World is a masterclass in the technical achievement of practical effects to horrify. It originally debuted to underwhelming reception, with some labeling it “instant junk” – but of course, formed a cult following which eventually pivoted the passion of The Thing from disgust to adoration. Every element of this film could and perhaps should be acclaimed. The practical effects, which were once shrugged off, now stand as a testament to the timelessness of sticking to classical forms of scares, rather than digitizing them.

A remake of a Romero classic could be labeled as sacrilege or it can be acclaimed, as shown with Steve Miner’s Day of the Dead or Zack Snyder’s Dawn of the Dead. Eisner’s The Crazies occupies a slightly surreal middle ground between the two, incorporating elements of the original whilst redefining within a modern context, allowing for greater play in this hellscape. We have government espionage and military intervention against the backdrop of a zombie-like virus that still feels fresh even as we approached zombie oversaturation point. The maniacal and unhinged nature of The Crazies is chilling, having been completely overridden by an almost-heightened intelligence alongside a hunger for unadulterated slaughter.

It allowed The Evil Dead to re-enter the public consciousness and to ensnare a new generation with the fascination for the Necronomicon, as well as a re-examination and a revival of the original adoration that “Ash and the Evil Dead” series received in its heyday. While it may not be universally loved, it is nevertheless an impressive attempt to add to the canon of a respected and adored franchise, rather than a disrespectful cash grab as is the way of many horror remakes.

Stuck in development for the better part of a decade, swapping out directors and writers, with at one point Cary Fukunaga attached to write and direct, we eventually received what could be considered one of the greatest Horror remakes of all time. Having achieved the highest-grossing horror of all time, this is a brilliant coming-of-age adventure encased in a horrifying context. Above all else, the characterization is what drives this film, both in the relationships between the Losers Club and their own twisted connections to Pennywise. If the Losers’ Club is the scaffolding, then Pennywise is the foundation of It.

Guadagnino instills a great complexity into Suspiria’s lore, entwining the themes of abuse and motherhood, complicating the viewpoints of who we follow. The exploration of sisterhood, the matriarchal figures behind the Academy, and a greater enrichment of the characterization of the witches within the film don’t go unnoticed, elevating it to a level of seriousness the original did not obtain, mostly due to its Giallo nature. It would be amiss to not highlight Tilda Swinton’s powerhouse triptych performances film – the mystery of who she plays is only one of the many pieces of this sensational piece of art, that come together to make a violently striking and phenomenal horror that celebrates the original whilst firmly standing on its own.

Signature Entertainment presents Final Cut on Digital Platforms on the 7th of November 2022.