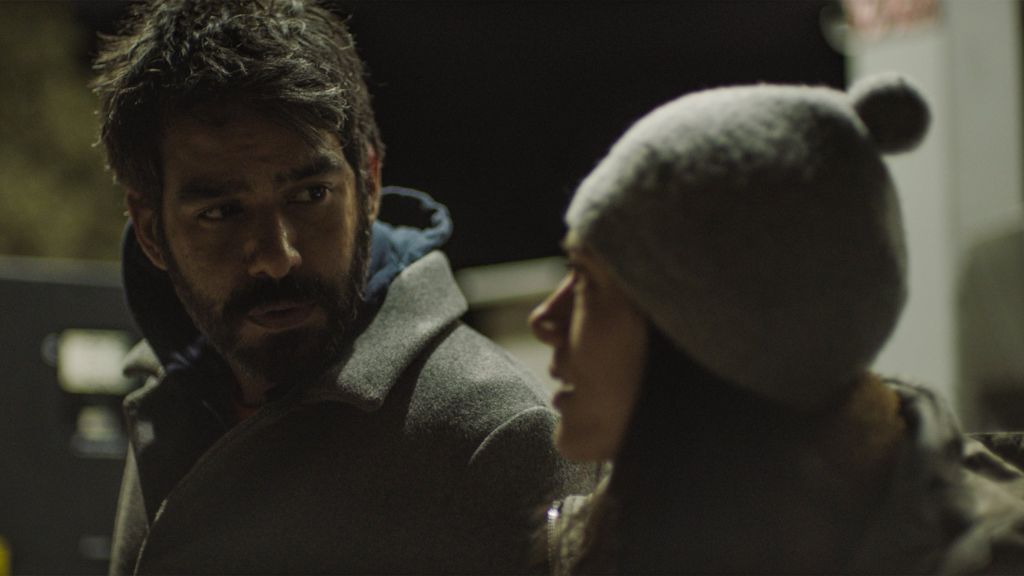 In anticipation of the impending release of Mali Elfman‘s hauntingly poignant and meditative road movie, Next Exit Magnolia Pictures – under the banner’s genre arm, Magnet Releasing, has debuted the film’s first full trailer.

Helmed and written by Elfman and starring Katie Parker (“The Fall of the House of Usher”, Absentia), Rahul Kohli (“The Fall of the House of Usher”, “Midnight Mass”), Rose Mciver (“iZombie”, The Lovely Bones), Tongayi Chirisa (“iZombie”, Antebellum), Tim Griffin (“Night Sky”, “True Detective”), Diva Zappa (Do Not Disturb, “The Mighty Boosh”), Nico Evers-Swindell (“The Magicians”) and Karen Gillan (In a Valley of Violence, Dual, Gunpowder Milkshake), Next Exit is an eye-opening yarn – for both the protagonists and audiences alike – chronicling the ramifications of a breaking national news story which reports how a (questionably) trailblazing scientist has devised how to track people who have passed over into the afterlife.

On learning of this news, Rose (Parker) sees it as a way out while Teddy (Kohli) sees it as his chance to finally do something meaningful with his life. These two strangers, both harboring dark secrets, race to join the doctor’s contentious study and leave this life behind. While Rose is haunted by a ghostly presence that she can’t outrun, Teddy is forced to confront his past. As these two misfits humorously quarrel their way across the country, they meet people along the way who force them to reckon with what is really driving them.

When Magnolia Pictures picked up the rights, Elfman said: “My brain is spinning knowing that this decade-long dream (nightmare?) is finally going to be seen … This film is so many things at once, and I could not have achieved that without the brilliant performances by Katie Parker and Rahul Kohli. I’m so grateful to Magnolia for releasing this film and to Helmstreet Productions for believing in this funny, introspective, dark ghost story.”

Magnet Releasing will release Next Exit in theaters and on demand November 4, 2022.