6 Sequels You May Not Have Known Existed

Sequels are an odd species.

Sometimes they’re stunning, particularly if James Cameron’s involved – any Part 2 he undertakes is generally the epitome of cinematic perfection: case in point, Aliens and The Terminator 2. Others tend to flail and fall by the wayside, doomed for eternal comparison to their far superior originals. Here’s a list of some of the most prominent sequels that vanished into the ether. 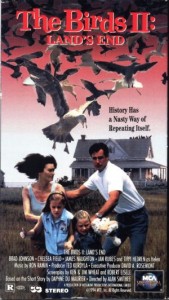 This bizarre TV movie was given the green light a full fourteen years after Hitchcock’s death, so it’s unsurprising that it doesn’t hold a candle to the original. The Birds 2 is a notorious train wreck of a movie – note that Alan Smithee is classed as director, as real director Rick Rosenthal evidently deemed it too dire a project to be associated with. Doing its best to deviate from the plot of Part 1, the film tells the story of Biology teacher Ted (Brad Johnson) and his wife May (Chelsea Field), who take their two children to their island summer house to give Ted time to write an important thesis. Similarities to The Shining are abundant up to this point, but lacking any of Kubrick’s artistic flair or Hitchcock’s ability to build tension and fear out of the frankly dopey premise of killer birds. Ultimately, when the birds do start attacking the cast, it’s a welcome distraction from the consistently clunky dialogue and wonky acting. Most absurd is the town mayor’s persistent denial that the waves of attacks have been caused by birds at all: surely the peck marks and wing-shaped bruises would give it away?

Tippi Hedren makes an appearance, this time as Helen rather than Melanie, though she too publicly denounced the flick. “It’s absolutely horrible,” she told interviewers after its release, “it embarrasses me horribly.” It’s no wonder no one’s heard of it, then, when even its stars are pretending it doesn’t exist. 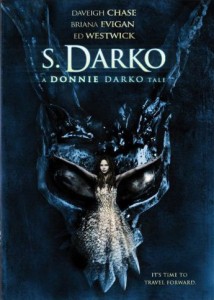 An indirect sequel to Richard Kelly’s 2001 cult hit Donnie Darko, S. Darko sees Donnie’s little sister Samantha (Daveigh Chase) plagued by sinister visions and creepy bunnies on a road trip to California. Whilst this film admirably stuck to the original’s low budget, it lamentably abandoned its intelligence, ultimately winding up being weird for the sake of weird. Critics lambasted its muddled storyline and superficial dialogue – “The world is going to end!” yells One Tree Hill’s James Lafferty. Chase’s acting is a highlight, but all she does is stand out against a cast of drab co-stars, including Saved By The Bell’s Elizabeth Berkley, which seems a peculiar casting choice, given how perky all the teenagers in that nostalgia-soaked show always were compared to the ample insecurities of Donnie. Worst of all, the intriguing insight into teen angst that Part 1 did so perfectly seems to have been discarded in favour of quirky CGI, and consequently the absence of both Richard Kelly and Jake Gyllenhaal is sorely felt.

The film is also notable for its utterly bizarre marketing strategy, in that prior to its release, the film’s PR company uploaded a video to YouTube of faux surveillance footage depicting a child being crushed by a dumpster falling from the sky. Whilst dying children are rarely an effective way to promote a film, the footage was so obviously fake that no one suspected its authenticity for a second. The Comments board on the YouTube page speaks for itself. 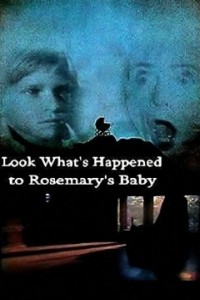 It’s safe to say that Rosemary’s Baby didn’t need a sequel. Roman Polanski’s horror masterpiece left its most disturbing scene for the last ten minutes, creating a supremely creepy and ambiguous ending for its audience to mull over for weeks after viewing. By the time the chance to direct a sequel rolled around, Polanski had moved on to bigger things, but Ira Levin (writer of the original novel) was evidently eager to continue milking the cash cow, and serves as co-scriptwriter on this subpar follow-up. Based on Levin’s own novel Son of Rosemary, the film depicts the life of Adrian, Rosemary’s son, picking up eight years after the events of Part 1 and sticking with him as he gets adopted by the madam of a Southern brothel until the birth of a child of his own. Ruth Gordon returns as Minnie (the role that won her an Oscar in 1969) but even she can’t redeem this lavish descent into hokey ritual and bizarre mime acts. Whereas the first film preyed on the disturbing idea of satanic forces invading the family unit, compelling us to question the haunting prospect of how much we can really trust our loved ones, the second one is never really sure what it wants to say, or how it wants to scare us. Fans of Part 1 should avoid at all costs. 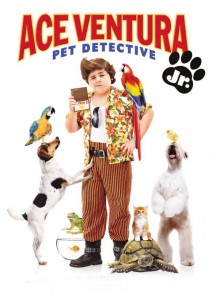 Another direct-to-DVD sequel: not a horror film this time – though it may as well be. Ace Ventura 3 stars young Josh Flitter as Ace’s son, forced to step into his father’s shoes when his mother is wrongly arrested for stealing a panda. (You read that right.)

Whilst the two original Ace Ventura flicks were smash hits for the ‘90s and gave Jim Carrey a role that fit him “like a glove,” this one struggles – and fails – to compete in any capacity. Carrey doesn’t show up in this, though Flitter has evidently watched the first two films on a loop to master his impersonation. As a result, it’s a bit like watching those “junior” spinoffs of popular cartoons (Disney Babies, Muppet Babies) which were always fairly weird and extremely pointless.

Under-10s may enjoy it, but judging by the YouTube comments on the film’s trailer page, including “Why is this a thing?” and “Kill it before it lays eggs,” this clearly isn’t the crowd-pleaser it intends to be. Which, again, is probably why it’s disappeared without trace. 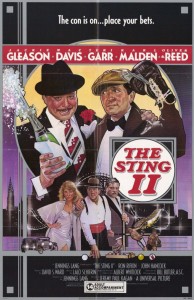 The first and only film on our list to be nominated for an Oscar – or for anything – and to actually be any good.

The sequel to 1973 classic The Sting, The Sting 2 picks up on Gondorff and Hooker as they attempt to scam “Countess Veronique” (aka Phoebe from Friends’ mum). Confusingly, certain aspects of the original have been altered for apparently no reason: Henry Gondorff has been renamed “Fargo,” whilst Johnny Hooker is now Jake Hooker and has a background in boxing, and Newman and Redford’s absence is sadly all-too-blatant.

Given the explosive success of Part 1 (seven Oscars including Best Picture, nominated for an additional three, and a profit of over $150 million), you can’t blame them for trying, and whilst this does feel a little Ocean’s Twelve in parts, it’s not abysmal. Fingers crossed, however, that this will never be a trilogy. 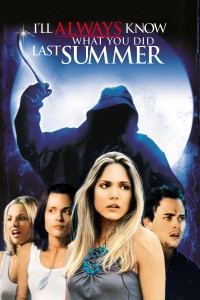 Part Three of the infamous franchise could opt to take the story to an entirely new realm. It could have Jennifer Love Hewitt and Freddie Prinze Jr. raising their young son in the suburbs, only to have the hook-wielding fisherman reappear to cause havoc for Freddie Prinze Jr. Jr. and family. It could. But it doesn’t. Instead, the premise treads almost identical territory as Part 1, producing what can only be labelled a remake with none of the original’s teen heartthrob cast or its kitschy charm.

It’s predictable, but a shame, that none of the original cast make an appearance. At least the Final Destination franchise kept Ali Larter billowing about for as long as credible storytelling would permit. And can’t you just envisage Jennifer L.H. cropping up as a Wise Old Owl character, living alone in the woods or babbling away in a mental asylum, warning the new young cast of their impending doom? But she doesn’t. Equally strange is how the characters seem entirely aware of the events of the first film, but never choose to question how bizarre it is that history’s repeating itself. If you’re a fan of the first one, you may as well just re-watch it, if only for the nostalgia factor, and for the fact that it was made when direct-to-DVD horror was thankfully rare.

Director Stefan Ruzowitzky Talks Deadfall – Out on DVD Next Week 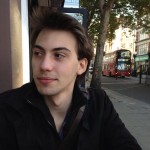 James Morton is a writer, playwright, filmmaker and Durham graduate, working in TV in London. To date, he has written 9 plays and produced over 20 short films. He is currently based in London, working on a series of shorts and a feature length project.