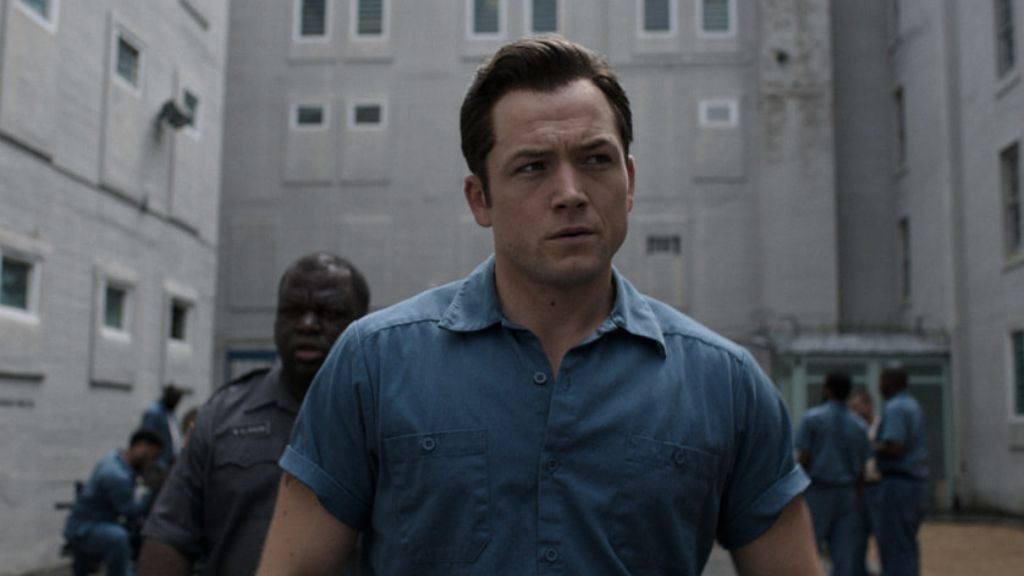 Apple TV+’s highly-anticipated, gritty six-part thriller “Black Bird,” developed and executive produced by Dennis Lehane (author of novels such as “Mystic River” and “Shutter Island”), is all set to premiere on the streaming platform this coming Friday, July 8.

Written by Lehane, the series follows high school football hero, decorated policeman’s son, and convicted drug dealer Jimmy Keene (Egerton) who is given the choice of a lifetime when sentenced to 10 years in a minimum-security prison – enter a maximum-security prison for the criminally insane and befriend suspected serial killer Larry Hall (Hauser), or stay where he is and serve his full sentence with no possibility of parole. Keene quickly realizes his only way out is to elicit a confession and find out where the bodies of several young girls are buried before Hall’s appeal goes through. But is this suspected killer telling the truth? Or is it just another tale from a serial liar? This dramatic and captivating story subverts the crime genre by enlisting the help of the very people put behind bars to solve its mysteries.

With the first two episodes of “Black Bird” premiering globally on Apple TV+ on Friday, July 8, 2022, followed by one new episode every subsequent Friday, CinemaChords sat down with Lehane, Hauser, Moafi and Kinnear who revealed how the worst version of toxic masculinity is a serial killer who kills women but that Lehane wanted to examine where other men fall on the spectrum. The true story also occurred just a stone’s throw away from where Kinnear grew up as a child, Moafi’s FBI agent character had been a male agent in the actual case, so she explains how she approached dealing with a character like Jimmy Keene from a woman’s perspective, and Hauser explained how he gave Larry harrowing or hilarious contextual clues and pieces of texture to feed the audience.