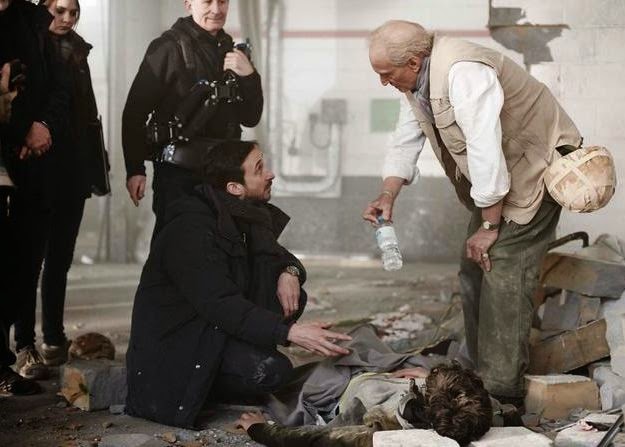 I’m wrapped up warm in a home office, guarding several animals and waddling through a sea of press and films. I say this because I am currently on the phone to Garrick Hamm, the charming and intellectual creator of phenomenal short – Retrospective. “I’m very jealous” he says to me, learning about my warmth as he huddles in wet and windy North London, “there’s a massive storm coming and I’m on my bike.”

Huddling into my scarf and counting my blessings, I am luckily away from the capitals impending flood. And we also get to warm our cockles as we talk about short film, especially Hamm’s evocative pieces on war photography. The film, based on a story by Kevin Wignall, revolves around a war photographer who must face the controversy surrounding one of his images whilst it is being celebrated. “I came to the idea after I had read his short, so it comes from him,” says Hamm, clanking on his side of the call whilst a bird happily tweets the McDonald’s theme tune from mine. “However, I felt compelled to the story. A few years ago, I had met Tim Hetherington. I was struck by his by his bravery, warmth and charm. What he brought back from the warzone was compelling. Sadly, he didn’t come back from his latest war zone. When I read the story, I saw Tim straight away. This guy comes back but he was changed.”

Retrospective definitely deals with the ethics behind war photography, Hamm is very interested in portraying the dangers that those go through and the effect is has on them. “I think they (the photographers) play an important role,” Hamm muses, bringing attention to two sides that are often forgotten by those who merely view the final image. “They are key to the war effort, bringing light to atrocities that many wouldn’t see usually, so they have their place in society.”

With this side, Hamm manages to balance it with the torture loved ones feel when they see their family members strewn across the rubble in death. “The movie has this interesting pendulum swing and you need to portray the full picture from both sides,” says Hamm, “It’s not about reducing it to its simplest form – this shocking image – it’s about the context and examining it from a different point of view.”

“Charles worked hard on that with me, about getting it right” says Garrick about his lead actor, a big name in this moving short. Charles’ task is to encompass the plight of the fictional photographer Jonathon Hoyle and he does it here with strength, mastering the pain behind taking the photo and his disillusion with his own work. “He didn’t want it to be too sentimental, we edited it and fine-tuned it so it felt realistic.”

Getting big names into his movies, similarly to Richard E Grant in Hamm’s fantastic The Man Who Married Himself (which won Best Comedy Award at the acclaimed LA Shorts Film Festival,) is often the key element to Garrick’s movies. “My strategy with filmmaking is to always go after the main actor,” he says stating that Dance and John Hurt were the first famed actors who he tried to pursue, with the latter being wrapped up in Hercules. “Dance had finished with Game of Thrones and was looking for his next project. Dance is a very commanding film. With him on-board, you have a better chance of getting other people into your film.” 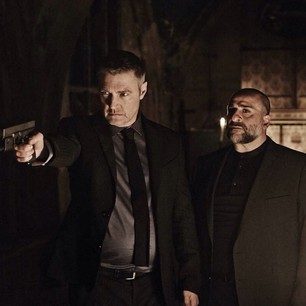 But there is still the struggle “We were very lucky to get Vincent, Emilia came with him,” Hamm mentions, talking about actors Emilia Fox who plays the exhibitor and Vincent Regan, the bodyguard. “We were having trouble finding this angry, Arab actor. It’s a difficult casting when you need to get their viewpoint across without them being the lead. Though we sent the script to his daughter by mistake” – the director laughs –“We managed to score Omid Dajili who had trained professionally as an actor who wanted to do more material and fell in love with the story.”

Garrick and I have similar thoughts when it comes to short film, “you can wrap your arms around it,” he mentions, talking about how compact and easy it is to digest short art medium when you are an impatient view or reader. “It is doable, you decide on something, with a lot of energy and commit to it. You can do it within a matter of days because cast and crew can also help you. Plus there are only fifteen minutes to do it.”

Certainly, audiences are heading to short film more often nowadays, consuming cinematic content in little bites. “The way people view films nowadays, on smartphones and tablets, short film is great for commuting – that little pocket of entertainment – and I think some commercials have expanded to that view point as well as television. There are better TV programmes and short films out there than in cinemas.“

That being kept in mind, would Hamm ever turn to features (currently he has worked on shorts and created shorts). “If I fell in love with something, then yes.” He says, remarking on the only downside that the short form in cinema has, “you don’t get to play with a character as much on fifteen pages. With a longer film, you get to dwell on it and expand it. Maybe one day that’s what I’ll do.”

Despite not watching his own films, boxing them away after creating them and leaving the final product separate, Garrick says that the process of filmmaking has a magical quality to it, “I love making a film, seeing it come to life the first time and the actors building your characters. I love it…”

“But I don’t love the end result.” With that in mind, I must urge you to see Retrospective if you can. After all, it is a thrilling and absorbing short film. Garrick has delved into the thematic nature of war photography and brought an engaging film. You can read my review here. If you manage to, make sure you catch Garrick Hamm’s work, he is a phenomenal filmmaker. 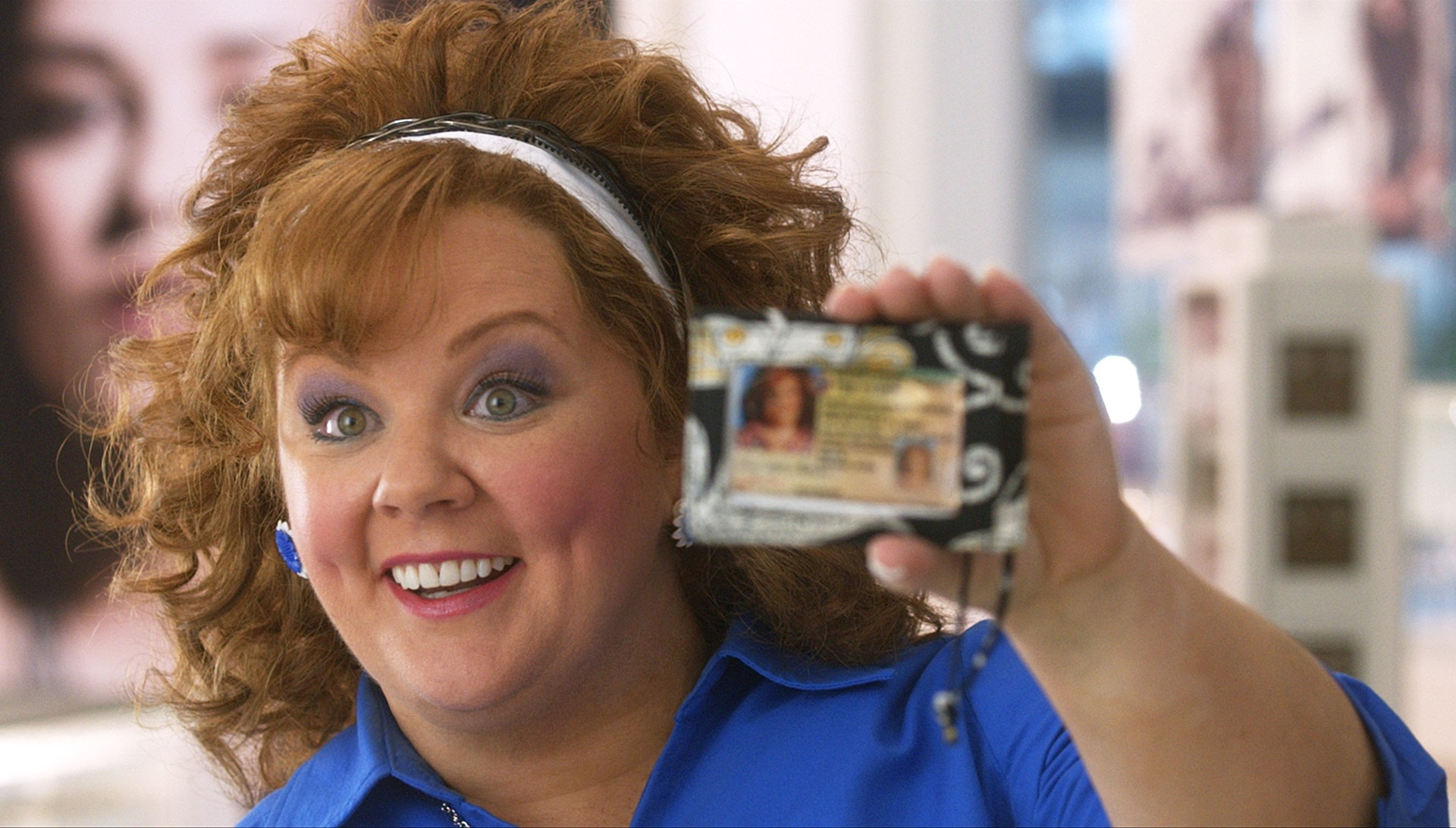 Today sees the release of big time comedy Tammy. Starring Melissa McCarthy and Susan Surrandon, the high antic comedy is based around the larger...