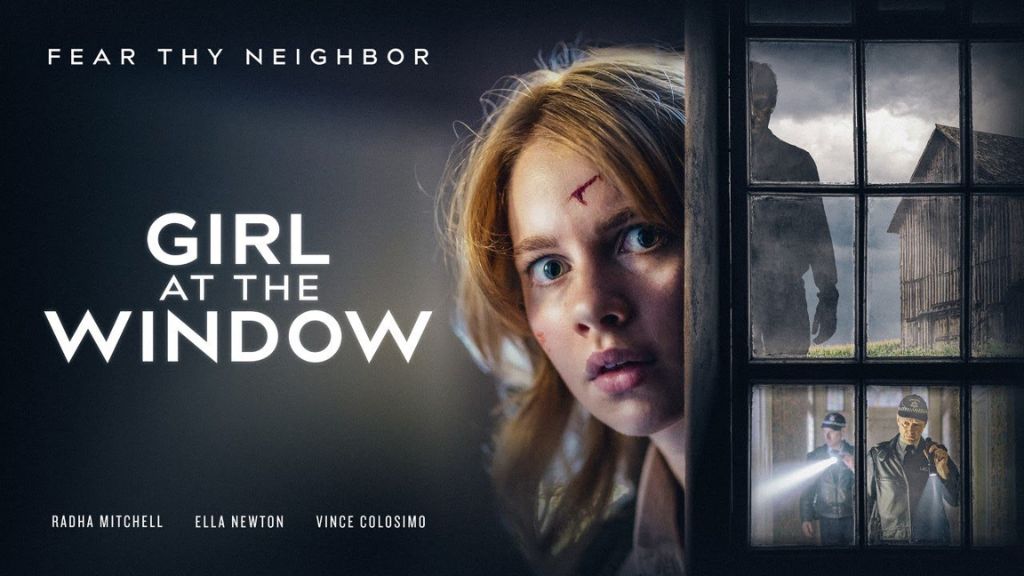 Directed by Hartley, from a script written by Terence Hammond (Last Dance) and Nicolette Minster (The Baby Shower), Girl at the Window centers on Amy (Ella Newton – “Harrow,” “Neighbours”) and her mother (Radha Mitchell – Silent Hill, Rogue, “Troppo“) as they move to a new home. On settling into their new abode, Amy witnesses unusual goings on as her neighbor comes and goes at strange hours, accompanied by screaming. All of this strange behavior begs the question, ‘Is her new neighbor (and her mother’s new love interest) the serial killer that’s killing her classmates?

The film’s cast is rounded out by James Mackay (Pirates of the Caribbean: Dead Men Tell No Tales, Battle of the Sexes, Hacksaw Ridge), Karis Oka, and Vince Colosimo (Lantana, Chopper).

Girl At The Window releases on Digital and VOD this November 4, 2022, and in the meantime, we’ll leave you with the aforementioned trailer which promises fear-thy-neighbor-unease aplenty.