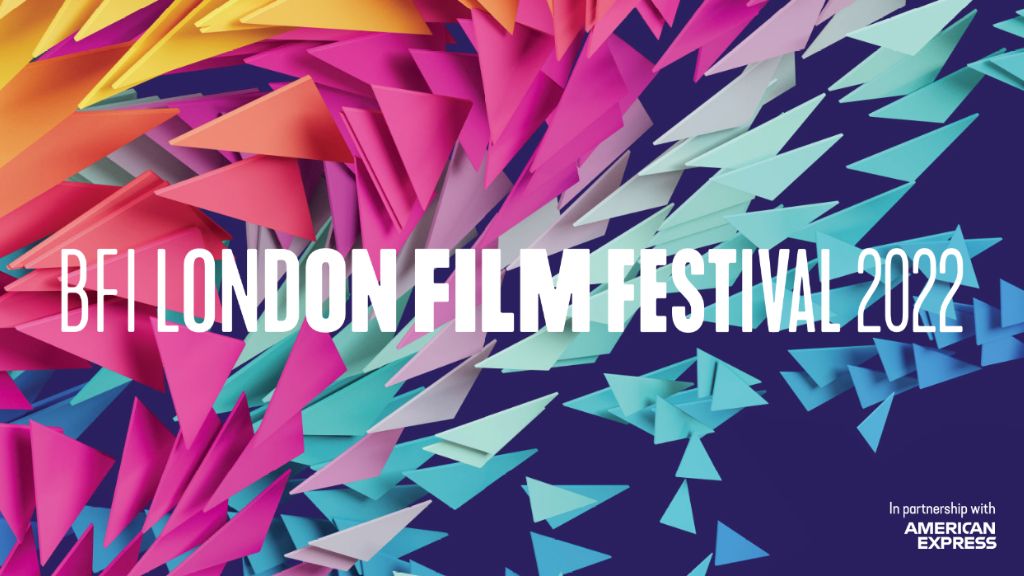 The 66th BFI London Film Festival (LFF) in partnership with American Express has today revealed the complete line-up for 2022, which will be presented in cinemas and online, across the UK.

From the 5th through to the 16th of October, the LFF will return to its flagship venues in the heart of London – BFI Southbank and the Southbank Centre’s Royal Festival Hall, which between them will play host to Galas, Special Presentations and Official Competition. Films and series from all strands of the Festival will screen in many of central London’s iconic cinemas with a curated selection of features showcased at 10 partner venues across the UK.

Audiences will be treated to a rich programme of fiction, documentary, animation, artists’ moving image, short films, newly restored classics from the world’s archives, and exciting international works made in immersive and episodic forms. LFF for Free will return to BFI Southbank with a programme of in-person events and screenings as well as a programme of free short films and events that will be available across the UK virtually. The Festival will also be accessible UK-wide via a specially curated programme of feature and short films on BFI Player, which viewers will be able to enjoy for a full week after the Festival (from 14 – 23 October).

BFI CEO, Ben Roberts commented: “I’m immensely proud of the BFI London Film Festival and the talented team who take it from strength to strength every year. They continue to find creative ways of reaching new audiences across the UK, including through our free programme and a wider range of work, including our Series and VR and immersive works. The LFF provides a vital platform for global filmmakers to showcase their work and I’m excited to see such a bold and expansive range of films, more World Premieres than ever and an incredible range of debuts from UK directors. We couldn’t do it without our loyal supporters, including our principal partner of 13 years American Express, so huge thanks to them and our many other sponsors, funders, partners, including the UK Government and the UK’s National Lottery players who do so much to enable both the Festival and our work throughout the year.”

Tricia Tuttle, BFI London Film Festival Director said: “If there is something that unites these brilliant but disparate works, it’s the boldness and ambition of their filmmakers and creators. As we emerge from an unprecedented period of disruption and change – a global health crisis, instability, climate change – artists are our North Star, helping guide us and shape our understanding in a complex and often confusing world. And the work here reminds me again of why we love films, television, visual storytelling of all kinds…it has the power to help us see. We are so grateful to these artists for their incredible films, series and immersive works and can’t wait to share it with audiences.”

The LFF invites audiences once again to its London hubs on the South Bank and in the West End, with both areas remaining at the heart of the BFI London Film Festival experience. Each night, a Gala will screen at the Southbank Centre’s Royal Festival Hall on an 18-metre screen with full high-spec 7.1 channel surround sound, ensuring every seat in the over-2000-seater venue is the best in the house. The BFI’s iconic flagship venue BFI Southbank, will host the prestigious Competition Titles, the LFF Series programme, Screen Talks and LFF For Free Events. A host of London cinemas will also screen titles from the programme including Odeon Luxe West End, the Prince Charles Cinema, ICA, Curzon Soho and Curzon Mayfair, each of them welcoming special guests to present their work to audiences across London’s West End.

The LFF is one of the world’s leading film festivals, with a programme that offers audiences the chance to be among the first to see hotly anticipated films from the most exciting new and established filmmakers from around the globe. The LFF competitive sections will recognise remarkable creative filmmaking achievements, and be presented in a digital ceremony, open to all on the final evening of the LFF. A soon-to-be-announced set of juries will select the winners across five categories: Official Competition, First Feature, Documentary, Immersive Art and XR and Short Film. The LFF Audience Award, introduced in 2021, allows Festival-goers to vote for their favourite feature, while a new category, Audience Award – Best Short Film, is also introduced this year.

As previously announced, LFF Expanded is presented in partnership with the National Theatre, and returns in 2022 for its third year, and features ground-breaking work from artists and creative teams working in immersive media including virtual, augmented and mixed reality, from across the UK and internationally. The programme takes place across multiple venues on London’s South Bank; 26 Leake Street, the award-winning venue located in the Leake Street graffiti tunnel, National Theatre and at BFI Southbank. This programme includes the World Premiere, commissioned by the LFF, of Guy Maddin’s Haunted Hotel: A Melodrama in Augmented Reality. Presented at BFI Southbank, this evocative, immersive exhibition transports the audience into a surreal paper world, created from an eclectic selection of clippings drawn from Maddin’s own personal archive, set to an intricate soundscape by acclaimed composer Magnus Fiennes.

Following last year’s incredibly successful debut, the LFF Series strand returns to showcase some of the best in new episodic programming from around the world, including three World Premieres at this year’s festival. Audiences can enjoy screenings of some of the most anticipated and exciting new series presented across a number of the LFF strands. The Series programmed is headlined by the World Premiere of Western “The English” starring Emily Blunt and Chaske Spencer, and includes the long-awaited third season of Lars von Trier’s “The Kingdom” trilogy, “The Kingdom Exodus”; “Señorita 89”, from director and showrunner Lucía Puenzo and producers Pablo and Juan de Dios Larraín, and the previously announced espionage thriller “A Spy Among Friends” and comedy-drama “Mammals”.

The Festival aims to be inclusive, accessible and welcoming and includes many ways audiences can engage outside of the Official Selection: through LFF for Free, Screen Talks with major filmmakers and actors and virtual Q&As across the Festival. Young cinemagoers, audiences aged 16-25 and emerging professionals can also enrich their engagement of the Festival in a number of key ways: the 25 & Under £5 tickets, available across selected titles in the Festival; FAMILY screenings, education programmes, and via events and screenings for young aspiring professionals presented with BFI Film Academy and the BFI Future Film Festival.

The Mayor of London’s Gala – TILL (USA, dir. Chinonye Chukwu)

TRIANGLE OF SADNESS (Sweden-Germany-France-UK, dir.-scr. Ruben Östlund) – in association with Time Out

OUR LADY OF THE CHINESE SHOP (Angola, dir.-scr. Ery Claver)

ALL THAT BEAUTY AND THE BLOODSHED (USA, dir. Laura Poitras)

As in previous years, the feature film programme is organised by strand to encourage discovery and to open up the Festival to new audiences. These are: Love, Debate, Laugh, Dare, Thrill, Cult, Journey, Create, Experimenta, Family and Treasures. Audiences can also find a new and exciting Series programming in many of the strands.

A ROOM OF MY OWN (Georgia-Germany, dir. Ioseb ‘Soso’ Bliadze)

IF THE STREETS WERE ON FIRE (UK, dir. Alice Russel)

THE PASSENGERS OF THE NIGHT (France, dir. Mikhaël Hers)

GETTING IT BACK: THE STORY OF CYMANDE (UK, dir. Tim Mackenzie-Smith)

MEET ME IN THE BATHROOM (UK, dir. Dylan Southern, Will Lovelace)

WHERE IS THIS STREET? OR WITH NO BEFORE AND AFTER (Portugal-France, dir. João Pedro Rodrigues, João Rui Guerra da Mata)

AS IF NO MISFORTUNE HAD OCCURRED IN THE NIGHT (UK-Denmark, dir. Larissa Sansour, Soren Lind)

MY EYES ARE UP HERE (UK, dir. Nathan Morris)

THE BLACK PHARAOH, THE SAVAGE AND THE PRINCESS (France, dir.-scr. Michel Ocelot)

ALL THAT MONEY CAN BUY (USA, dir.-prod. William Dieterle) 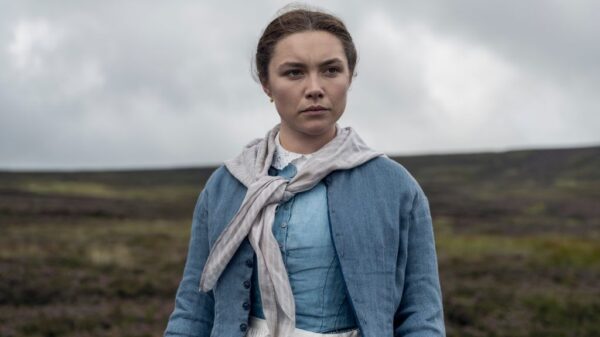