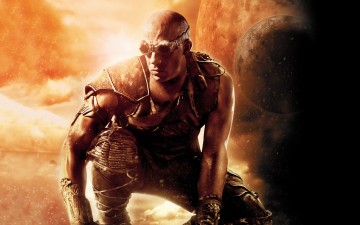 Sequels are quite a hard thing to master. The aim is to replicate the success of the first film while retaining the original ideas and themes, add also adding something completely fresh. Clearly this is a tough task, and there’s certainly a lot more stinking sequels than there are good. That being said, there’s something about the sci-fi genre that tends to lend to good sequels. Science Fiction is a genre of ideas, theories, and what-ifs. In that way it’s quite malleable, there’s usually something to be expanded on, or explored in greater detail. A lot of validity is lost in other genres because the base concept won’t expand further than one story; not well at least, anyway.

The aptly named third instalment of the Chronicles of Riddick trilogy, Riddick only goes to prove this trend. The trilogy’s simple yet always interesting concept of light usage, in conjunction with a terribly underrated cast means Riddick’s likely to deliver more of the brutal and dystopian action we’ve been craving. To celebrate its release, we bring you a countdown of our 5 top sci-fi sequels.

He said he’ll be back, and he wasn’t lying. Terminator 2 is a milestone sequel, one that spawned a whole series of films only on it’s own sheer success. It took the relatively simple formula of The Terminator, a robot from the future hunting our would-be saviour. At the same time, it works against the first plot with Arnold Schwarzenegger playing protector for John Conner, not predator. Robert Patrick plays the highly advanced T-1000 set on destroying John, while the reprogrammed T-800 does everything he can to prevent that from happening. The film has some fantastic action sequences, as well as hauntingly dramatic moments for human, and machine alike. On a bigger scale, it can also be seen as a milestone for pioneering in the SFX department.

Terminator 2 saw many breakthroughs in computer generated imagery (CGI), as well as the first occurrence of natural human motion being used for a computer generated character. It took home many academy awards including the award for best SFX, and a hefty international gross of over $50,000,000 (In 1992). It’s hard to deny that Terminator 2: Judgment Day is one of the best sequels ever made. Gripping, ground-breaking, and unavoidably iconic. 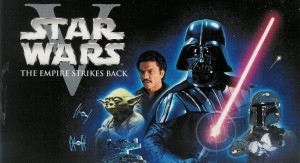 From incredibly cool bounty hunters, irreparable daddy issues, and tiny green sages, The Empire Strike Back has it all. Irvin Kershner took the directorial reigns for this sequel and, as a result, it feels tangibly darker than other instalments. It also feels a lot edgier and textured than episodes IV, or VI and the darker tones suit the direction the story takes. With the revelation that Darth Vader is Luke’s daddy, there’s certainly some tension and uncertainty to what Luke’s destiny actually is. The twist is elevated well, as we’re made to question Luke’s morality, as he does himself. Though it’s hardly shocking now, the ending of the film built up to a devastating crescendo that’s almost incomparable to any other twist.

The Empire Strikes Back kept the franchise going, and had audiences in awe several months after it’d premièred. The amount of emotional investment, shock value, and progression in this sequel, is pretty much unparalleled. 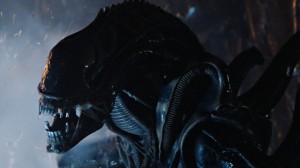 A long 57 years after the accident on the space ship Nostromo, Ellen Ripley’s body was finally recovered from hypersleep. The second of two James Cameron films on this list, Aliens took the initial success of Ridley Scott‘s hit Alien, and converted it into one of the best-selling sci-fi franchises there ever was. Alien was a fairly basic concept: a crew crashes and discovers a hostile alien life form. The ship’s crew are slaughtered one by one in traditional horror style, as this unknown threat has it’s day. However, Aliens takes the story in a slightly different direction.

Given time to incubate, the hive has grown significantly since Ripley’s last encounter. Thus it’s not an undermanned and phobic space-crew that are left to fight the alien threat, but a rag-tag band of loud mouthed space marines. In that way, the tension and suspense is traded for adrenaline, as the film tends to take on more action traits, than horror. The scale and design of the aliens is somewhat more up-scale, and even the character of Ripley is given some well needed development. She’s still a cynical hardass, but we also see her maternal side. Cameron proves that you can still build on someone else’s intellectual property, without completely ruining it. 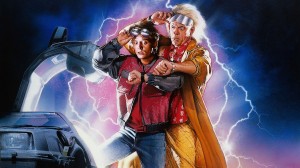 Time for a lighter entry, as we talk time travel shenanigans, deloreans and mad scientists. A general trend with sequels is that they occur sometime after the events in the first film. Pretty simple. However, Marty Mcfly completely breaks that rule as he’s forced to relive events again, often clumsily avoiding his other future self from the first film. It’s that kind of mishmash of continuities, and zany interpretation of the timeline that makes this sequel really work.

The story is also pretty fantastic in that it’s not trying to progress past the events of the first film. It’s mainly Marty trying to fix what he put wrong in the first place. It’s just really logical. Biff getting the almanac, and creating an alternate timeline for example. We also get to see far into the future, instead of just 1985 like Marty’s initial venture, which is a nice touch. This sequel oozes style and substance, and is hilariously comedic in it’s understanding of time. 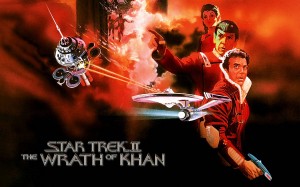 The original series of Star Trek films is honestly pretty mediocre. A lot of them are sloppy, have completely irrelevant storylines, and really flounder in terms of direction. That being said, Star Trek 2: Wrath of Kahn is somewhat of an unexpected gem in the series. It develops the characters, and captures them in a way that enhances their TV personas. As we see the story of Kahn develop, things really come to life, it feels like nothing else we’ve ever seen from the original Star Trek cast. Ricardo Montalban‘s depiction of the villainous Kahn is pretty must-see as far as villains go.

In thelight of early reviews it looks like Riddick is set to be the sci-fi sequel the original film deserved. We’ll leave you with the trailer and advice you to head out to catch the film as it is out in cinemas now.

Sam Thorne is a freelance film journalist, critic, feature writer, and news writer. His speciality is primarily anything psychological, edgy, or dark. Sam writes for a variety of internet publications. Also a Film and TV Studies BA Student..
You might also like
Movie Lists