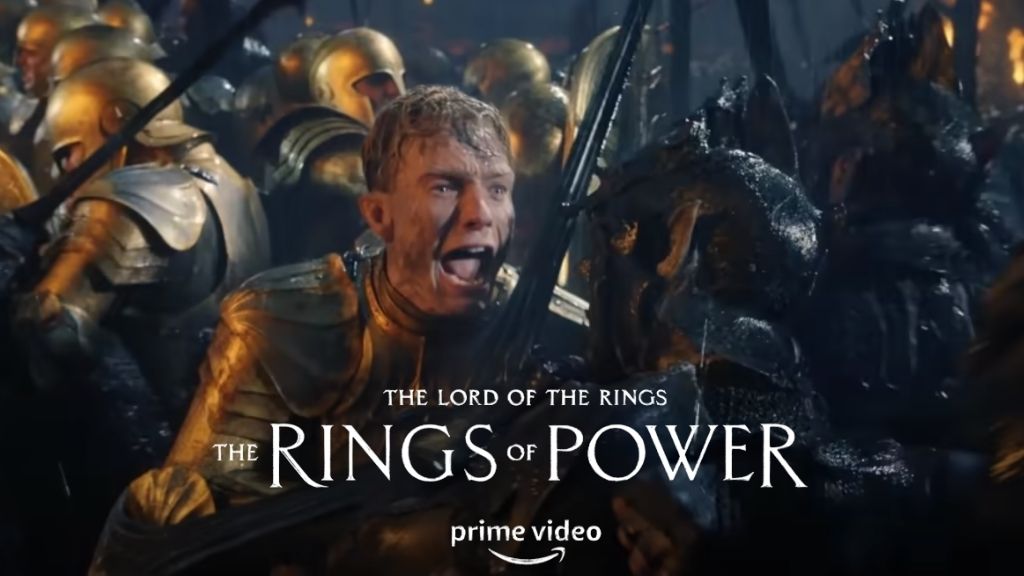 Sunday’s third quarter of Super Bowl LVI bowled over Tolkien fans, pop culture fans and American Football fans alike yesterday when Amazon whisked them off on a long-awaited trip to Middle-earth with the first official Prime Video teaser trailer for its most anticipated new series of 2022, “The Lord of the Rings: The Rings of Power“; the most expensive TV series of all time.

Despite only lasting 60 seconds, the teaser trailer took viewers on an action-packed journey full of adventure, wonder, and thrills delivered in true cinematic splendor, teasing us all with the very first audio-visual glimpses into the universe of J.R.R. Tolkien’s legendary Second Age.

Featuring a new legend from Amazon Studios and showrunners J.D. Payne and Patrick McKay (hired back in 2018), Prime Video’s “The Lord of the Rings: The Rings of Power” brings the heroic legends of the fabled Second Age of Middle-earth history to screens for the first time.

Featuring an immense ensemble cast including Morfydd Clark as Galadriel, Robert Aramayo as Elrond, Owain Arthur as Durin IV, Nazanin Boniadi as Bronwyn, Ismael Cruz Córdova as Arondir, Sophia Nomvete as Disa, Charlie Vickers as Halbrand, and Maxim Baldry as Isildur, this epic drama is set thousands of years before the events of J.R.R. Tolkien’s books The Hobbit and The Lord of the Rings. The series will take viewers back to a time when great powers were forged, kingdoms rose to glory and fell to ruin, unlikely heroes were tested, hope hung by the finest of threads, and one of the greatest villains that ever flowed from Tolkien’s pen threatened to cover all the world in darkness. Beginning in a time of relative peace, the series follows an ensemble cast of characters, both familiar and new, as they confront the long-feared reemergence of evil to Middle-earth. From the darkest depths of the Misty Mountains to the majestic forests of the elf capital of Lindon, to the breathtaking island kingdom of Númenor, to the farthest reaches of the map, these kingdoms and characters will carve out legacies that live on long after they are gone.

“The Lord of the Rings: The Rings of Power” will premiere exclusively on Prime Video in over 240 countries and territories worldwide in multiple languages starting Friday, September 2, with weekly new episodes becoming available. That date might sound quite a long way off, but if the trailer below is anything to go by, it’ll certainly be worth the wait.