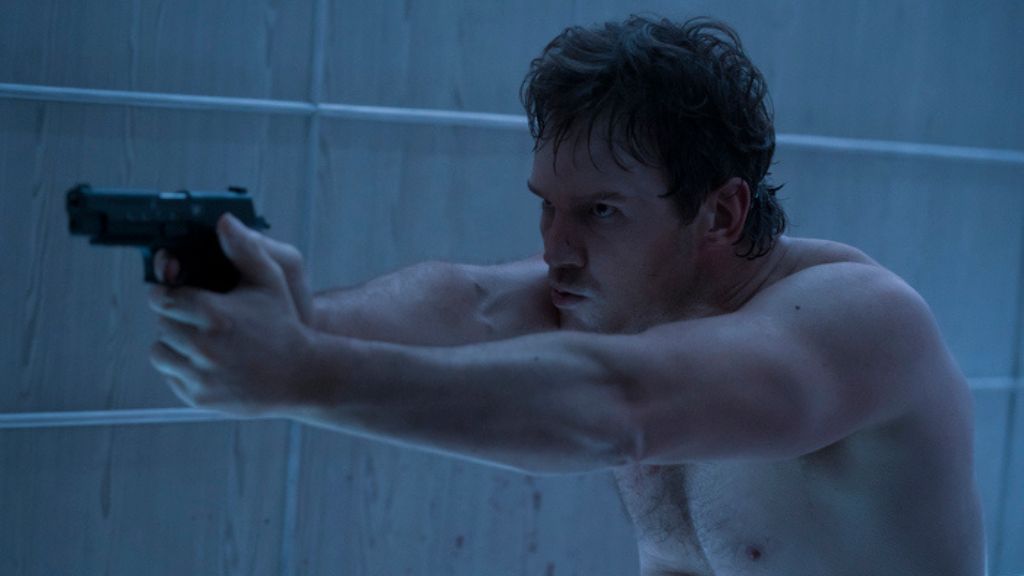 Synopsis: Based on the best-selling novel by Jack Carr, “The Terminal List” follows James Reece (Chris Pratt) after his entire platoon of Navy SEALs is ambushed during a high-stakes covert mission. Reece returns home to his family with conflicting memories of the event and questions about his culpability. However, as new evidence comes to light, Reece discovers dark forces working against him, endangering not only his life but the lives of those he loves.

Prompted by the runaway success Prime Video‘s recent series “Reacher” enjoyed, which this writer devoured in one sitting, anticipation for the streaming platform’s similarly-themed action/suspense series “The Terminal List” could not have been higher; not just because of how well “Reacher” connected with me, but because Carr’s novel that the series is based on is the ultimate page-turner and I had long wanted to see Pratt tackle a much darker and meatier role than the ones we’ve grown so accustomed to seeing him take on.

I am happy to report that Pratt gives a powerful and stirring performance as Reece, a distraught Navy Seal, compelled to resort to using his battlefield training on the homefront for reasons best left redacted here so as not to jeopardize your enjoyment of the show.

As for the series’ ensemble cast of regular players, Reece also receives plenty of boosterish backup from a small collective of friends – both old and new – and navy colleagues who are, by and large, sufficiently fleshed out for us to genuinely care about them, adding additional meat to the narrative and heightening our investment to Reece’s predicament as a whole. This is particularly the case with the characters played by Constance Wu, Taylor Kitsch, Marco Rodríguez and Jeanne Tripplehorn.

Having read Carr’s novel, the series ultimately combines what is a fairly faithful adaptation of the source material with the welcome (for the most part) addition of completely new set-pieces. I say “for the most part” because, as much as these additional plot devices certainly upped the overall action and pace to push viewers even closer to the edge of their sofa, certain choices felt a little too familiar. Without going into too much detail, one particular episode felt like I was watching Rambo First Blood all over again. Obviously, that’s far from a bad thing, as it turned out to be one of the most memorable episodes of the season, but some of the similarities were so striking that rather than enjoying that episode for what it is, it kept reminding me of First Blood set-pieces rather than focusing on the action at hand. Other “homages”, which found the likes of “The Shooter”, “The Punisher” or Jason Bourne swept into the fray, were far less blatant and fans of any of the aforementioned touchstones will have a field day with “The Terminal List”.

But where this series really shines and sets itself apart from anything else of this ilk, is the fact that Reece’s plight elicits what Carr describes as “emotional tunnel vision,” with death being his only driving force. By extension of this, the series paints an unprecedented portrayal of remorseless retribution resulting in moments of shockingly twisted and brutal violence that never once feels gratuitous. Explaining exactly why that is the case would involve revealing spoilers so we’ll leave it at that.

And, despite Reece’s resolute revenge plan, for reasons we won’t reveal, he oftentimes still finds himself questioning his own locus of control; something which adds a whole new element of suspense, maintaining a shadow of doubt as to whether what we’re seeing through the protagonist’s eyes is as on the mark as we first think. As a result, viewers are guaranteed to find themselves just as ethically challenged as Reece as the doubting Thomas’ voice in his head grows increasingly louder over the course of the series.

Ultimately, “The Terminal List” fell just short of the towering bar set by Prime Video’s “Reacher”, especially in terms of relatable characters, but it still succeeds in keeping viewers right on the edge of their seats throughout, landing plenty of set action piece punches and a myriad of plot twists that, for the most part, should catch you off-guard.

All eight episodes of “The Terminal List” are available today, July 1, on Prime Video in more than 240 countries and territories worldwide.