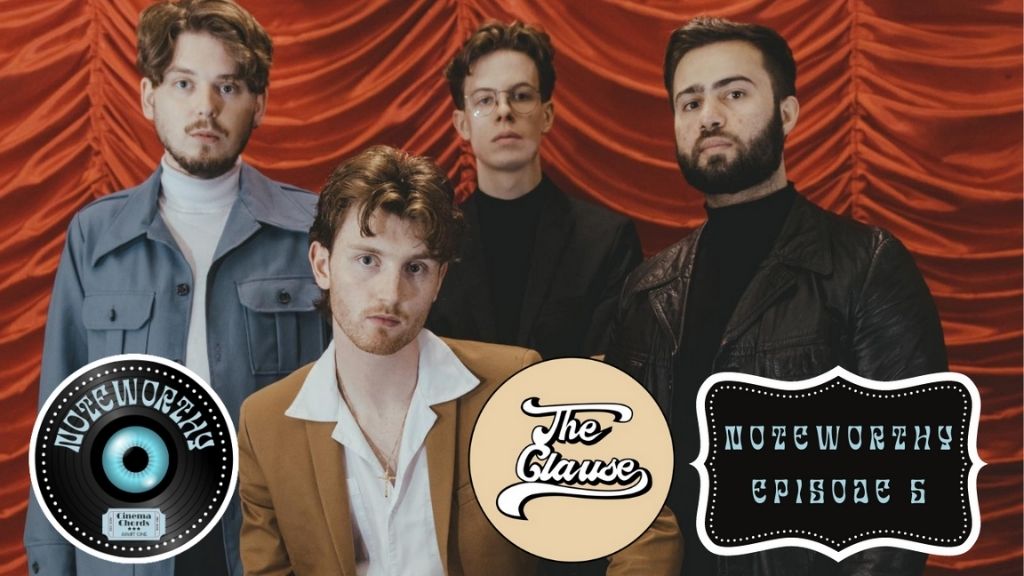 We’re back again, hoping to make your Monday that little bit brighter with another episode of CinemaChords’ “Noteworthy”, a weekly series of interviews showcasing musicians destined for big things in 2022.

Today’s fifth episode welcomes the 4-piece group The Clause. Hailing from Birmingham, the band was founded by school friends Pearce Macca (front man), Niall Fennell (drummer), and Jonny Fyffe (bassist), who were later joined by the missing piece of the puzzle, Liam Deakin (guitarist) in 2016.

Describing themselves as, “Groovy, uplifting, bold, exciting and definitive,” The Clause has been making their presence felt on the scene ever since first forming, having assembled a healthy following off the back of a relentless string of smash hit singles and live shows. The band treated the Birmingham music scene to an eclectic, inspired, and vital blend of genres that stood them apart from their peers, ultimately securing them a record deal with Universal Music in October 2019, in the wake of one of their buzziest and most relevant releases to date, In My Element.

With the band raring to kick off their imminent UK headline tour, CinemaChords’ Howard Gorman hopped on a Zoom call with frontman, Pearce Macca who revealed what the band has been up to during lockdown and how new material will be releasing thick and fast in the coming months, showing an experimental side of the band that is sure to surprise fans – in the best possible way.

Grab some The Clause merchandise over here too. Be sure to keep up with Noteworthy on Instagram and Twitter as well as CinemaChord’s “Noteworthy Nods,” a weekly showcase of our favourite releases from some of the buzziest burgeoning bands on the circuit right now.