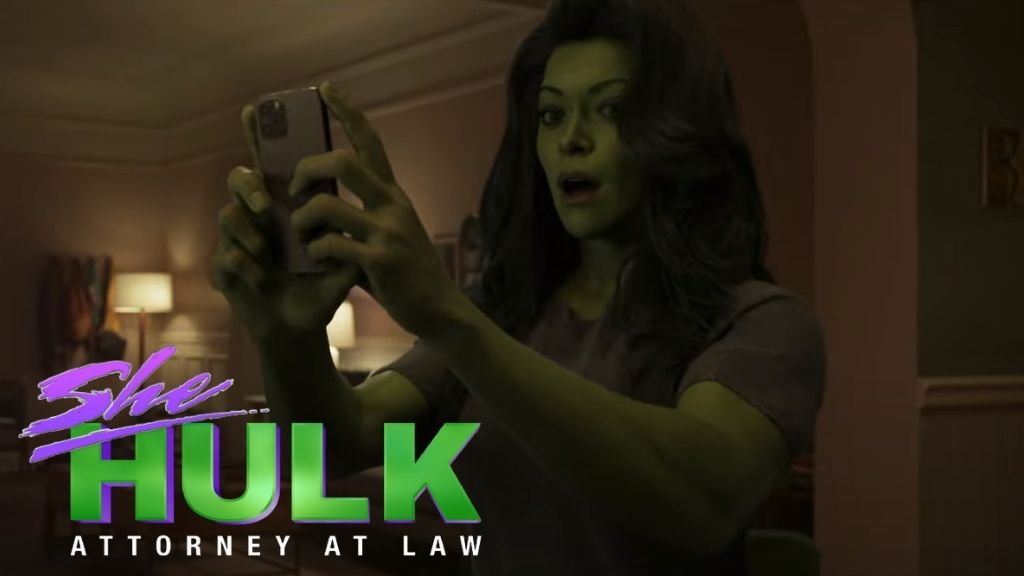 Amidst all the buzz surrounding the imminent “Obi-Wan Kenobi” debut on Disney+, Marvel Studios President Kevin Feige falcon punched us all when he revealed a trailer and key art for Marvel Studios’ “She-Hulk: Attorney at Law” at The Walt Disney Company’s Upfront Presentation. Not only that, but the streaming service confirmed that the show would be streaming exclusively on Disney+ before you can shout “Consider yourself impeached”, specifically this August 17.

The all-new comedy series stars Tatiana Maslany (“Orphan Black,” “Perry Mason) as She-Hulk/Jennifer Walters, a lawyer who specializes in superhuman-oriented legal cases and Feige introduced her onto the stage at the Upfront presentation yesterday to provide all the juicy details about the upcoming series.

Directed by Kat Coiro (Marry Me) and Anu Valia (“And Just Like That,” “Never Have I Ever”), with Jessica Gao (“Big Time Rush,” “Rick and Morty”) serving as head writer, “She-Hulk: Attorney at Law” follows Jennifer Walters as she navigates the complicated life of a single, 30-something attorney who also happens to be a green 6-foot-7-inch superpowered hulk.

Expectations flew even higher when it was also revealed that the nine-episode series would be welcoming a myriad of familiar MCU faces, including Mark Ruffalo as Smart Hulk, Tim Roth as Emil Blonsky/The Abomination, and Benedict Wong as Wong. The cast is rounded out by Ginger Gonzaga (“Togetherness,” “Kidding”), Josh Segarra (“Arrow,” “The Other Two”), Jameela Jamil (“The Good Place,” Marry Me), Jon Bass (Baywatch, “Super Pumped: The Battle for Uber”) and Renée Elise Goldsberry (Hamilton, “Altered Carbon”).