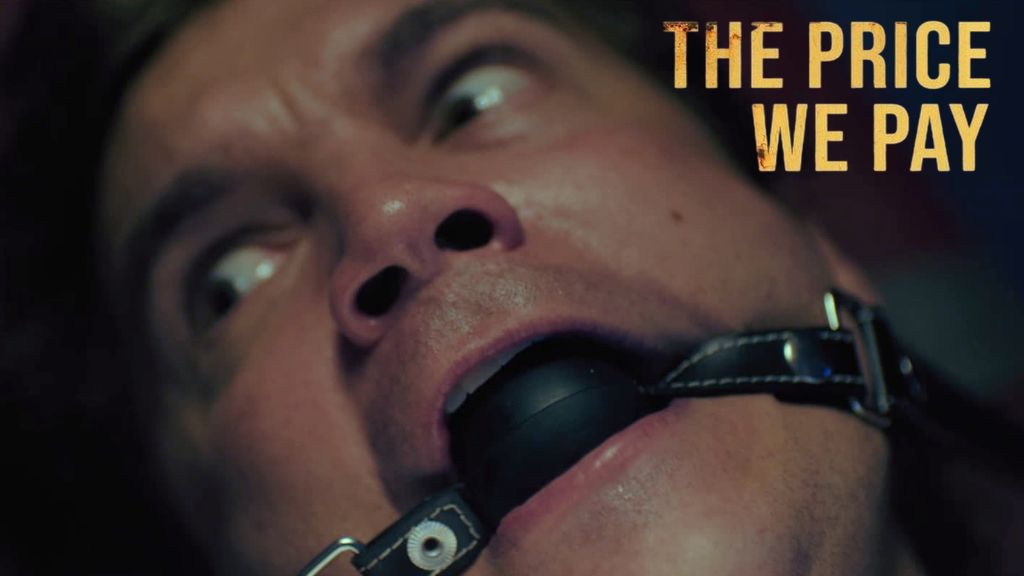 Ryûhei Kitamura‘s (Versus, Midnight Meat Train, Downrange) high octane, ultimate evil vs evil story, The Price We Pay is all set to release on VOD today before launching in select theaters this Friday.

Helmed by Kitamura, from a premise he co-wrote with Christopher Jolley (Whisper, The Ghosts of Borley Rectory), and starring Emile Hirsch (Killer Joe, The Autopsy of Jane Doe) and Stephen Dorff (Blade, Leatherface) The Price We Pay commences with an intense holdup at a pawnshop where Grace (Gigi Zumbado (Run Sweetheart Run, Tone-Deaf) is taken hostage by the thieves. Forced to take refuge at a remote farmhouse late at night, the thieves’ actions soon boomerang back on them when they discover a secret dungeon with evidence of sadistic violence – and when “Grandfather” comes home, all hell breaks loose.

In anticipation of the film releasing on VOD today, January 10, and in select theaters this Friday, January 13, CinemaChords’ Howard Gorman sat down with Kitamura who revealed how this production began amidst the pandemic when he concocted a unique premise with British screenwriter Jolley, and how the whole experience was a true return to his indie filmmaking roots: running around covered in dust, mud and liters upon liters of fake blood…