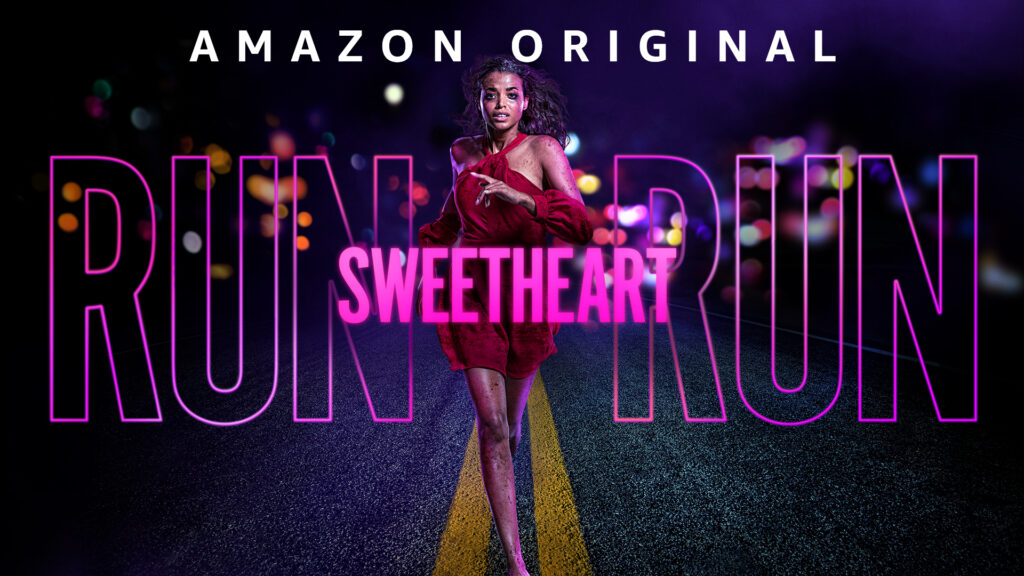 Helmed by an extraordinary team of women both in front and behind the camera, and showcasing Prime Video’s prolific partnership with Blumhouse, Shana Feste‘s (Dirty Diana, Country Strong) edge-of-your-seat shocker Run Sweetheart Run is a film we urge you not to miss this spooky season.

Directed by Feste, from a script she wrote with Keith Josef Adkins (“The Good Fight,” “Accused”) and Kellee Terrell, the film follows single mom Cherie (Ella Balinska – Charlie’s Angels, “Resident Evil”) who, despite initial apprehension when her boss insists she meet with one of his most important clients, is relieved and excited when she meets dreamy bachelor Ethan (Pilou Asbæk – Samaritan, Aquaman and the Lost Kingdom, “Salem’s Lot”). The influential businessman defies expectations and sweeps Cherie off her feet but, at the end of the night, he reveals his true, ulterior motives. Battered and terrified, Cherie finds herself on the run from a seemingly unstoppable stalker and a conspiracy stranger and more evil than she could have ever imagined.

In anticipation of Run Sweetheart Run launching globally on Prime Video this Friday, October 28, CinemaChords’ Howard Gorman sat down with Feste, Balinska, and Asbæk who discussed the genesis behind the film, turning cat-and-mouse tropes on their heads and creating a villain that audiences won’t be forgetting any time soon.