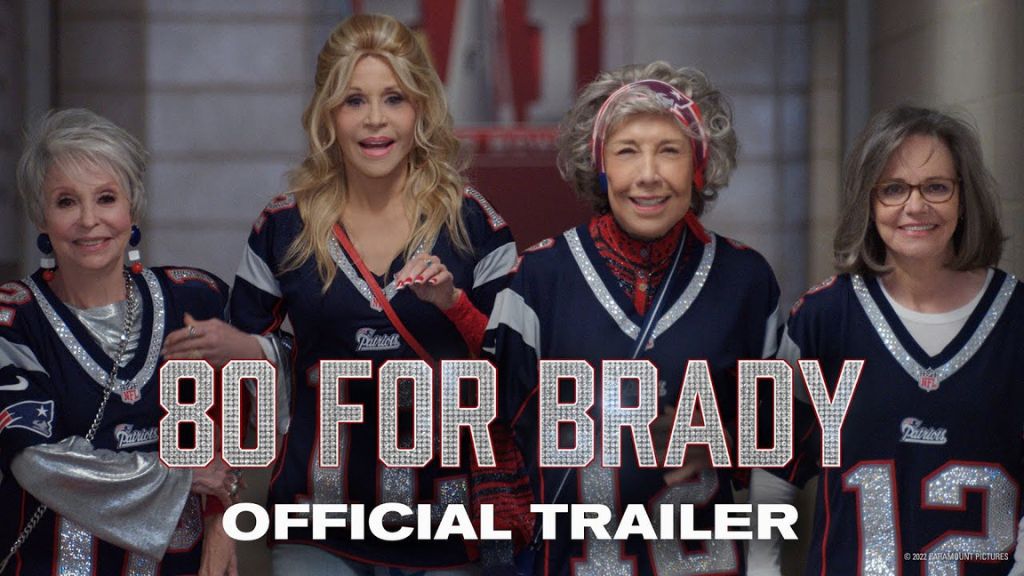 Directed by Marvin, from a script written by Sarah Haskins & Emily Halpem (Booksmart, “Good Girls”) which was inspired by a true story, 80 For Brady has been dubbed ‘Bridesmaids’ meets “The Golden Girls” and follows four best friends and New England Patriots fans (Academy Award® nominee Lily Tomlin, Academy Award® winner Jane Fonda, Academy Award® winner Rita Moreno and Academy Award® winner Sally Field) who take a life-changing trip to the Super Bowl LI to see their hero Tom Brady play, and the chaos that ensues as they navigate the wilds of the biggest sporting event in the country.

80 For Brady releases in theatres on February 3, 2023 and, to tide you over until then, we’ll leave you with the aforementioned “Friends Make Everything More” featurette.