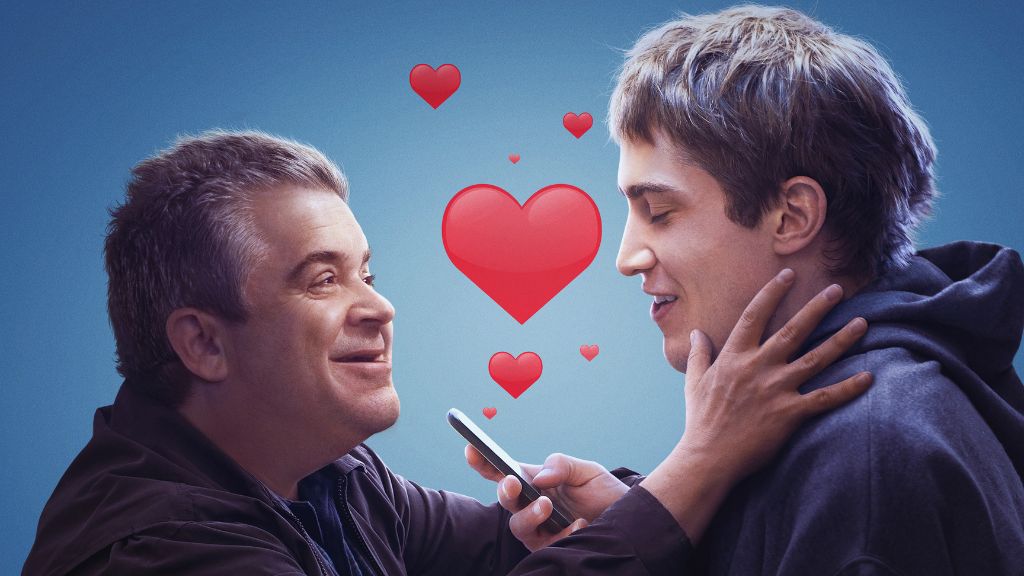 Plaion Pictures UK has announced that the forthcoming comedy that promises a thrilling twist, I Love My Dad will release across UK Digital Platforms from 23rd January, 2023.

Inspired by writer, director, and star James Morosini’s true life experience, I Love My Dad follows Chuck (Patton Oswalt), a hopelessly estranged father who desperately wants to reconnect with his troubled son, Franklin (Morosini). Blocked on social media and concerned for his son’s life, Chuck impersonates a waitress online and starts checking in with Franklin. But things begin to spiral when Franklin falls for this imaginary girl (Claudia Sulewski) and wants nothing more than to meet her in person, as Chuck has inadvertently catfished his own son.

Commenting on the genesis and themes of the film, Morosini said:

“When I was 19 my dad and I got into a huge fight and I decided I was never speaking with him again. I blocked him on my phone, online, everything. Weeks later I got a friend request from a pretty girl on Facebook and I was thrilled. She was perfect. We shared the same interests, she was gorgeous… Things were looking up. Unfortunately, she was also my dad. He had created the account to make sure I was okay.

I wrote I LOVE MY DAD to try and understand why he thought this was a good idea… In retrospect, it might be the most loving and fucked up thing anyone’s ever done to me.

I’ve long been a fan of discomfort comedy. I laugh the hardest when I’m the most uncomfortable. A film about a father essentially catfishing his son could quickly turn dark, so we often found ourselves playing on a razor’s edge. We’ve all made questionable, impulsive decisions. By embodying the father’s avatar from the son’s perspective, I wanted audiences to be both cheering for and against this terrible plan. It was an exercise in empathy to try and get an audience to understand why someone could do something so wrong for the right reasons. Creepiness comes from not knowing, so as long as I could always make it clear why Chuck is catfishing his son, we’ll be on his side and almost shocked we’re rooting for him. Luckily, I also had a phenomenal cast to achieve this effect.

The son of a holocaust survivor, my dad’s a Jewish immigrant from Argentina and is the funniest and most complicated person I’ve ever known. I wanted to capture all of the pain and joy of our relationship together. The push and pull, the struggling to connect and understand… Within the heightened context of this bizarre, elaborate ruse.

If you were wondering, today my dad and I have a great relationship. He saw the film for the first time when it premiered at SXSW. During the screening he leaned over and said, “this is a really good movie.”

This movie is for you, dad. I love you with all my heart.”

I Love My Dad releases on Digital Download from 23rd January, 2023.