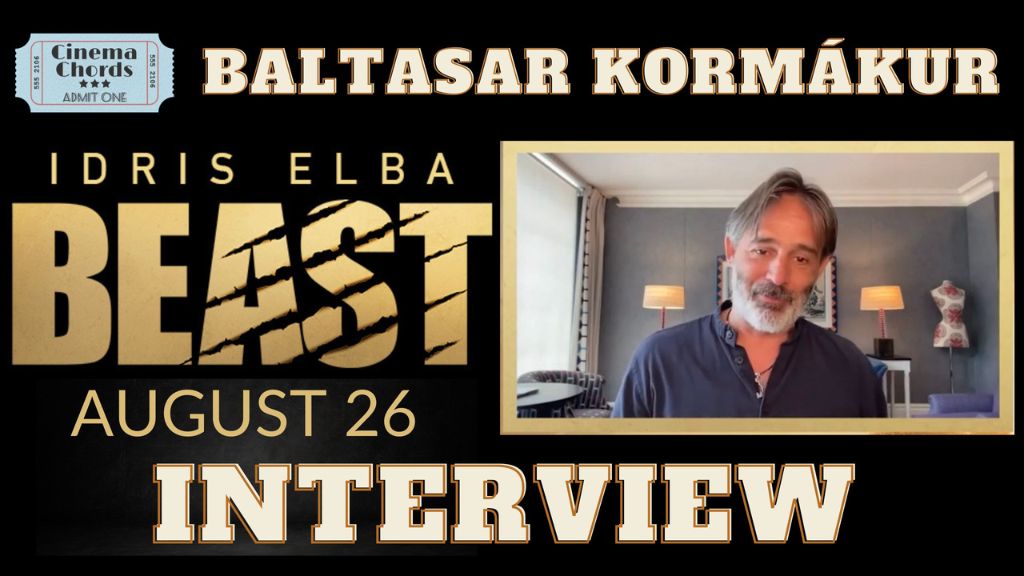 Directed by Kormákur, from a screenplay by Ryan Engle (Rampage, Non-Stop) adapted from an original story by Jaime Primak Sullivan, Elba plays Dr. Nate Daniels, a recently widowed husband who returns to South Africa, where he first met his wife, on a long-planned trip with their daughters to a game reserve managed by Martin Battles (Sharlto Copley – Ted K, Maleficent), an old family friend and wildlife biologist. But what begins as a journey of healing jolts into a fearsome fight for survival when they find themselves hunted by a hulking rogue lion intent on proving that the savannah has but one apex predator.

Iyana Halley (The Hate U Give, “This is Us”) plays Daniels’ 18-year-old daughter, Meredith, and Leah Sava Jeffries (“Rel”, “Empire”) plays his 13-year-old, Norah.

In anticipation of Beast bowing in cinemas this August 26, 2022, Howard Gorman sat down with Baltasar Kormákur who discussed the emotional core that served to ground the film and the painstaking process of ensuring the survival story and lion itself felt as palpable, stirring and savage as humanly possible.