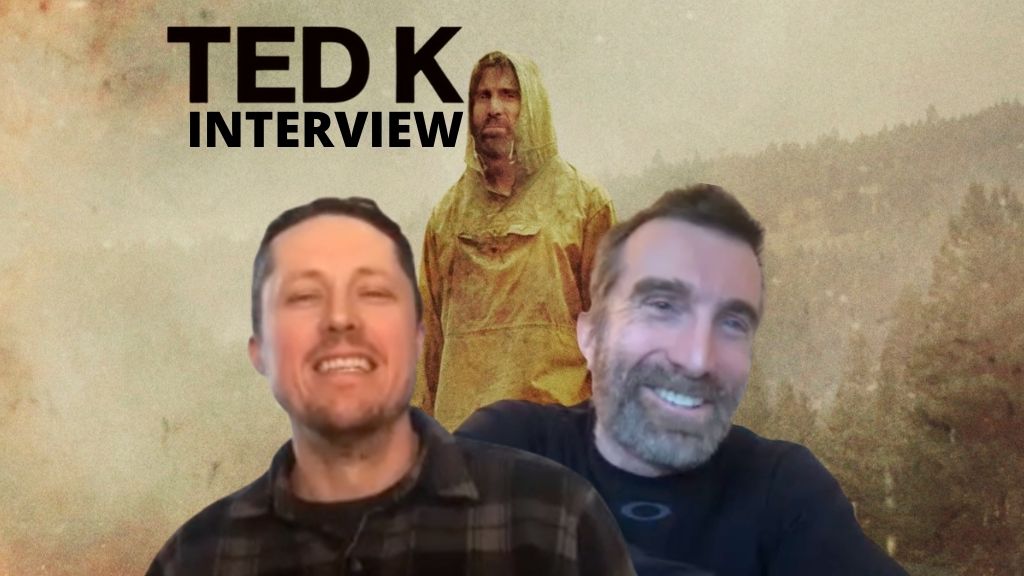 Coming to theaters and On Demand, February 18 from director Tony Stone (Peter and the Farm), is the unconventional biopic Ted K.

In what our reviewer calls “a career-best performance”, Sharlto Copley (District 9) plays The Unabomber Ted Kaczynski, a man at odds with the modern world and its faith in technology. Based on his extraordinary diaries and letters which are directly quoted in the film, Stone takes us on an almost dreamlike journey into the wilderness of Montana and the tortured mind and solitary existence of the eccentric but murderous Kaczynski, a man ultimately responsible for the deaths of three people and injuring 22 others.

Ahead of the film’s release this Friday, Cinema Chords sat down with both Stone and Copley for our very own Ted talk, to discuss the script, how they prepared, and, despite the dark subject matter, even have a little laugh along the way.