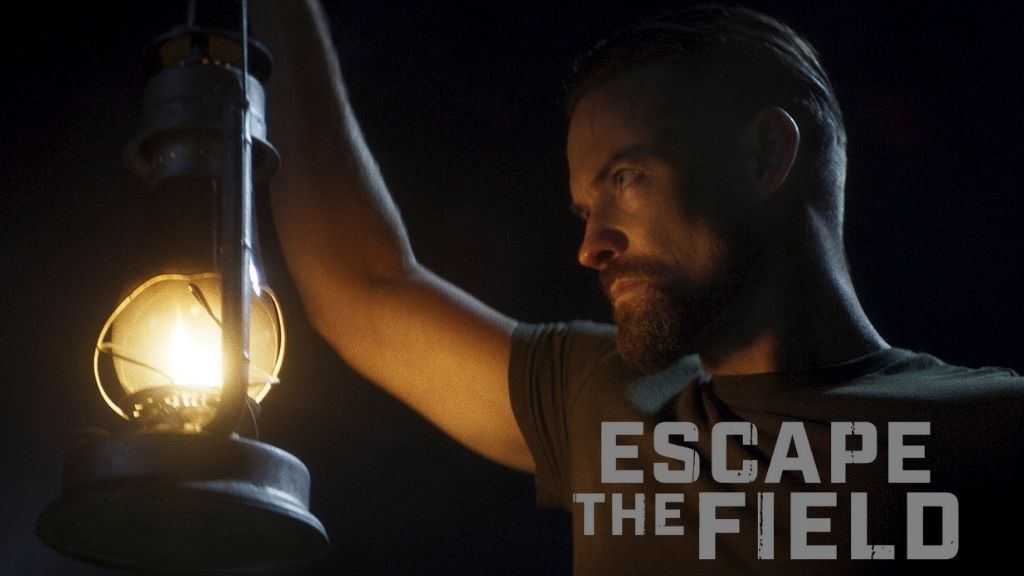 In anticipation of the imminent release of Emerson Moore‘s taut suspense shocker, Escape the Field, Lionsgate has just dropped the first official trailer for the film.

Directed by Moore, from a screenplay he co-wrote with Joshua Dobkin and Sean Wathen, and starring Jordan Claire Robbins (“The Umbrella Academy”), Theo Rossi (“Sons of Anarchy”, Army of the Dead”), Tahirah Sharif (“The Haunting of Bly Manor”), Julian Feder (The Doorman, A Boy Called Po), Elena Juatco (“Jann”), and Shane West (A Walk to Remember, “Salem”), Escape the Field follows six strangers who suddenly wake up in a remote, endless cornfield. Stripped of their possessions, they are left with just six items to help them survive what comes next: a gun with a single bullet, matches, a lantern, a knife, a compass, and a flask of water. As mysterious sirens blare in the distance and traps appear at every turn, the group realizes it’s been plunged into a cat-and-mouse game with an unseen evil, and survival depends upon solving a diabolical — and deadly — puzzle.

Escape the Field opens in select theaters, on digital and On Demand on May 6, 2022, and in the meantime, we’ll leave you with the aforementioned fast-paced, suspense-laden trailer.