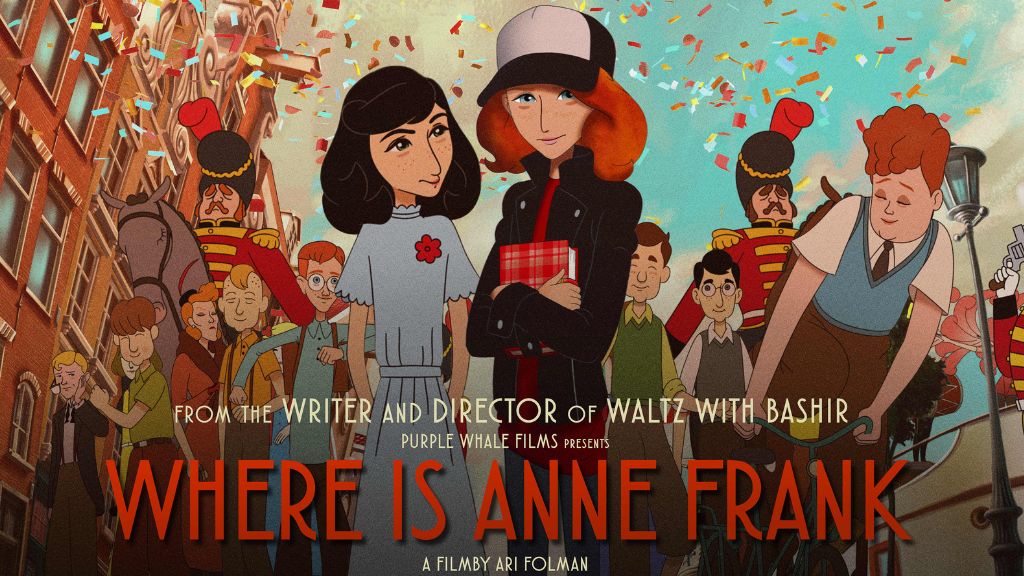 Altitude has today announced that it will be releasing BAFTA-nominated director Ari Folman’s (Waltz with Bashir, The Congress) daring and spellbinding animated movie Where is Anne Frank, in cinemas across the UK and Ireland this 19 August.

Directed and written by Israeli director, screenwriter, and film score composer, Folma, based on one of the world’s most important books: “Anne Frank’s Diary of a Young Girl,” the film stars a hugely talented young voice cast including Ruby Stokes (“Bridgerton,” Una) as Kitty, Sebastian Croft (“Heartstopper,” Horrible Histories: The Movie) as Anne’s friend Peter, and Emily Carey (“House of the Dragon,” Wonder Woman) as Anne Frank.

The film tells the tale of fiery teenager Kitty, Anne Frank’s imaginary friend to whom her famous diary is dedicated, who comes to life in the modern-day in the Amsterdam house where Anne had taken refuge with her family. Believing her to still be alive, Kitty embarks on a journey to find Anne in today’s Europe. While the young girl is shocked by the modern world, she also comes across Anne’s vast legacy.

Where is Anne Frank will be released in UK and Irish cinemas on 19 August. You can visit ALTITUDE.FILM for more information and, in the meantime, we’ll leave you with the official trailer.