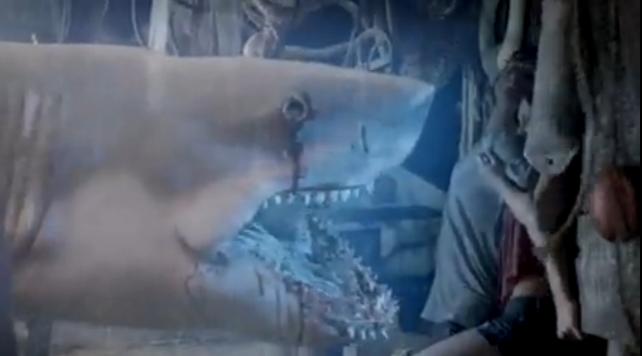 With Twitter and Facebook still going shark crazy following Syfy’s crazily popular Sharknado over the weekend yet another creature feature is on its way. The channel will premiere an original film, Ghost Shark on the 22nd of August.

This news comes hot on the tail of Sharknado’s broadcast on Syfy and writer, Thunder Levin’s confirmation that a Sharknado sequel was already planned well before the first film aired.

Thomas Vitale, EVP of programming and original movies, has announced that the new film was in fact inspired by something his young daughter came up with and he also suggests the ghost shark does have “a logical reason” to it – as tends to be the case with Syfy movies, right? As we have come to expect, the trailer hints at more amazing amounts of state-of-the-art CGI and Oscar winning performances.

Fans of Sharknado can expect more of the same soon as Levin is currently working on a number of projects such as the action-thriller Shadows of the Jungle, which he has described as “Indiana Jones meets Cat People and Apocalypto.” Enough said, once again.

The #Sharknado will be coming to @SyfyUK in September. You’ve got to see it to believe it. Check this out! http://t.co/pGEalSrMWg