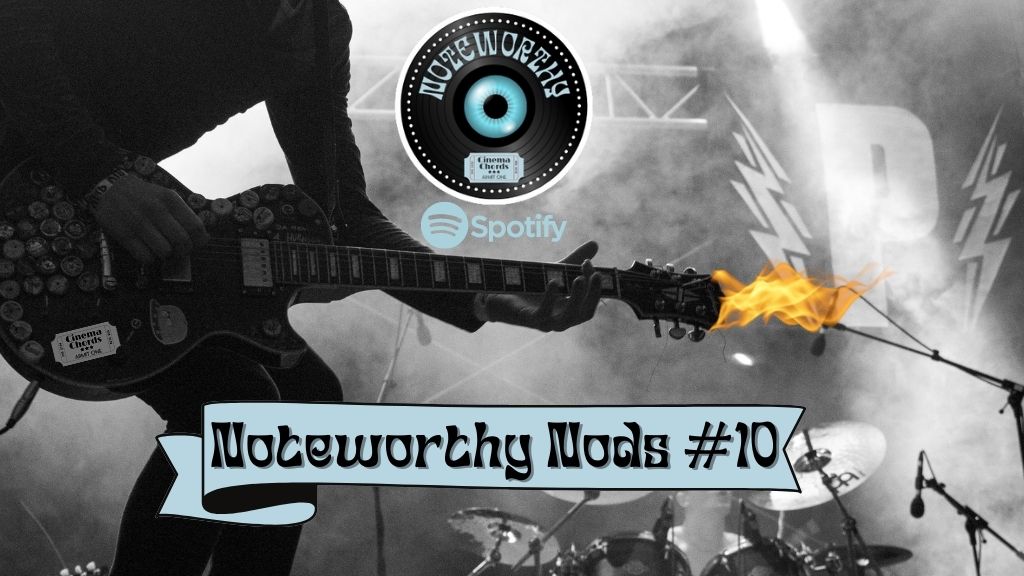 It’s that time of the week again when we bring you our “Noteworthy Nods”: A weekly compilation of brand new bangers that grabbed our attention pretty much as soon as we heard them.

Last Thursday’s playlist included releases from the likes of Serenades, The Manatees, Ten Hands High, Tablefox, Transistor, and Monakis, and you can catch up with that over here if you missed it. Today’s “nods” playlist #10 features another assortment of bonafide bangers from bands/musicians including Bandicoot (who have also just released their debut album “Black After Dark”), Red Telephone, Perfectparachutepicture, Spangled, The Lilacs, The Blinders, Valeur, and Meet Arthur.

We hope you enjoy the tracks we’ve gone with as much as we did this week and we’d love to hear which stand out the most for you so please do give us a shout over on social media.

Aside from the aforementioned track recommendations, the brand-new Noteworthy section here on the site is where we’re also publishing weekly videocast interviews with bands who we hope are about to become your new favorite artists. The first few are now live and you can catch the first nine episodes with Stanleys, The Kairos, The K’s, Sienne, The Clause, BlackWaters, Michael Gallagher, Flechettes, and The Jack Fletcher Band in the video playlist below. There’s an additional bonus episode with The Sherlocks which we ran to tie in with the recent release of the band’s third album “World I Understand.”