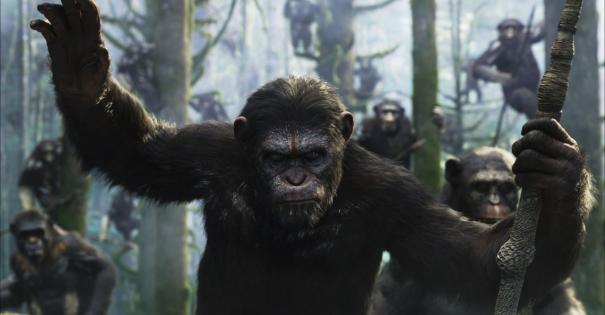 Back in 2001, visual effects company Weta wowed us all with it’s technology and visual splendour. However, when one watches The Lord of the Rings again, it almost looks dated compared to what we can achieve now and of course what Weta can indeed do now.

With the new Dawn of the Planet of the Apes being released on the 11th July, the filmmakers have decided to treat fans to a rather special behind the scenes look at the visual effects process used for the feature. Considering the franchise already has a vast fan base, watching exactly how such wonderful effects were achieved on screen.

In this post-apocalyptic dystopia the few remaining humans who weren’t killed by a deadly virus, attack a group of genetically evolved Apes, lead by alpha male Caesar (Andy Serkis). This feud results in an epic battle between man and ape. Who shall come out on top? Only time shall tell. Starring alongside the master of Weta materials we have Jason Clarke, Toby Kebbell, Gary Oldman and Keri Russell. This time round, we have director Matt Reeves lending his talents to this CGI fuelled epic. Previously the man has given us the rather average Cloverfield, but more recently we have seen his work in the US remake of vampire tale Let the Right one In. So perhaps he just needed a run up and this is going to be his moment to shine.

Check out what they have to say in the video below:

Are you excited for this? I can think of a few people that are!