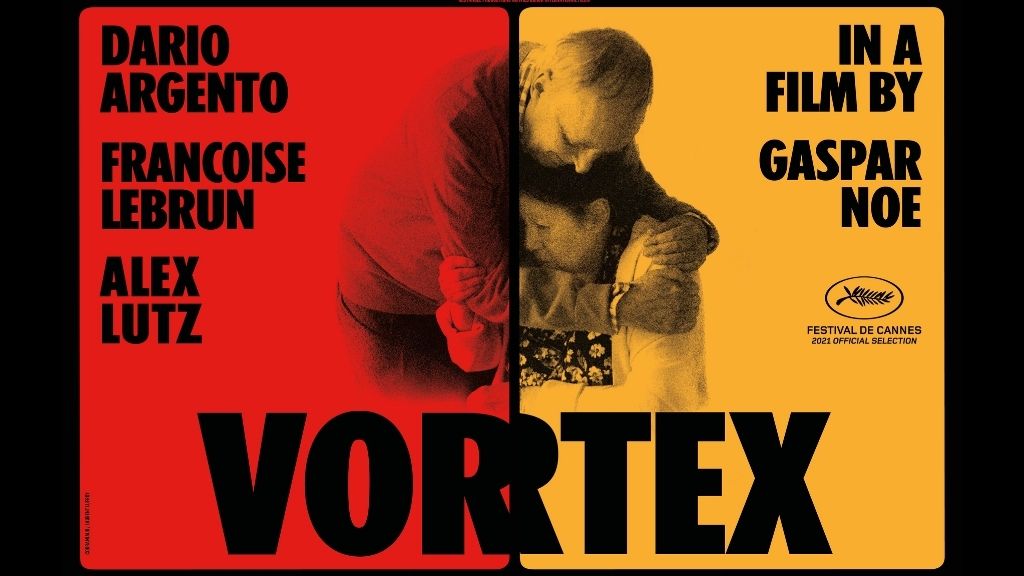 Gasper Noe has made an indelible mark on the film industry with his unforgettable films. Unforgettable is perhaps too tame a word. From Irreversible to Climax, Gasper Noe’s work has been both traumatic and inventive, constantly finding ways to disturb and shake audiences to their core.

With Vortex, he slides back on the horror for his calmest outing yet but that doesn’t make it any less emotional and wrought. Quite the opposite.

Starring director Dario Argento and legendary French actress Francoise Lebrun, Vortex revolves around two elderly married people who live in a flat in Paris. Only named as Father and Mother, the former has a serious heart condition whereas the latter is suffering from dementia. The film chronicles their story as they try to navigate their illnesses, ailing age, and fractured marriage.

Vortex’s “gimmick” is that the entire film is told in a split-screen format. The audience is immersed in the two different perspectives of our lead characters. It is, at first, a somewhat jaunty experience as you try and follow each person as they potter around their frail existence. However, the narrative penny soon drops and makes the drama all the more heart-breaking, as the two points of view clash and shatter. The film becomes all the more affecting when a character vanishes from our view entirely, leaving just an empty making their absence more apparent.

The quiet stillness in which this film operates is both poignant and perturbing. The two lead performances are exquisite and convey the turbulent emotions of aging as well as the frustrations surrounding both illnesses. As Father tries to take care of Mother the best way he knows how it leads to both tears and agitation. Argento excels here, effectively portraying a man who has simply lost all patience and quite possibly some of the love he had for his wife. Though some of his actions are equally infuriating, the exasperation is clear, and you feel no less sympathy for him (well, in one part you most definitely do).

At times, Lebrun’s looks of confusion or lost expression instill insufferable heartbreak and sadness in the viewer. As she tries to navigate her apartment, you can sense her feelings of entrapment within her surroundings and her own mind. This is intensified by the fact that she was once a brilliant psychologist and still prescribes medication for both herself and her husband.

Together they are glorious and Alex Lutz’ appearance as their son only adds to the torment of the film as he adds fuel to the fire with a whole heap of other issues.

What Noe has done is presented an affecting portrayal of age and dementia. Vortex immerses you in these peoples’ lives so wholeheartedly that the characters feel exceptionally and chillingly real. A conversation between Father and Son, spoken over Mother, has you feeling as if you are watching a documentary. The emotions boil and broil over so vividly that you’ll leave the experience in utmost anguish.

Vortex releases exclusively in cinemas on May 13.