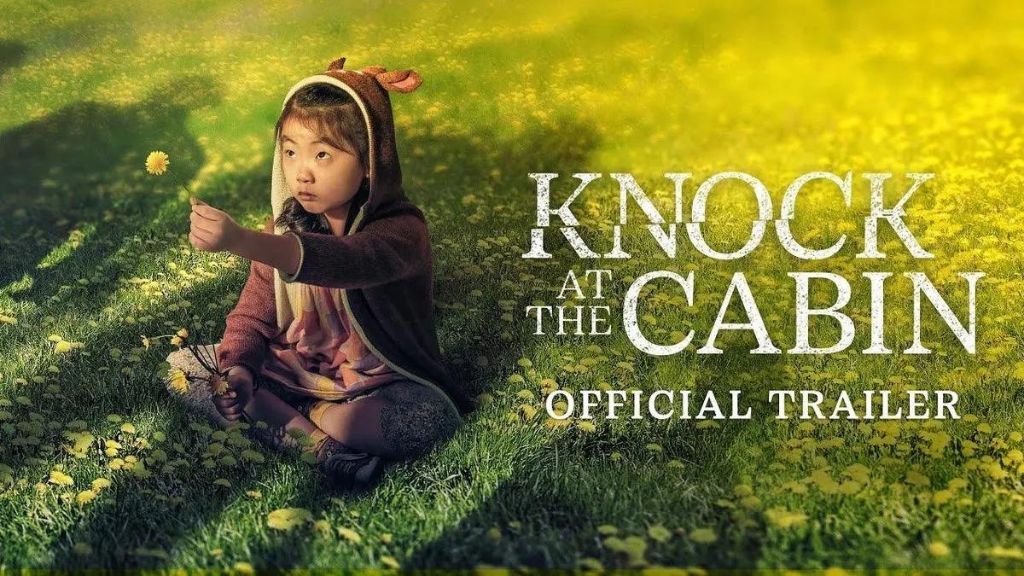 Universal Pictures has today dropped the highly-anticipated first trailer for visionary filmmaker M. Night Shyamalan‘s latest endeavor, Knock at the Cabin, based on Paul Tremblay’s bestseller “The Cabin at the End of the World.”

While vacationing at a remote cabin, a young girl and her parents are taken hostage by four armed strangers who demand that the family make an unthinkable choice to avert the apocalypse. With limited access to the outside world, the family must decide what they believe before all is lost.

The choice between saving your family or saving humanity cannot be avoided when #KnockAtTheCabin releases in cinemas on February 3, 2023.