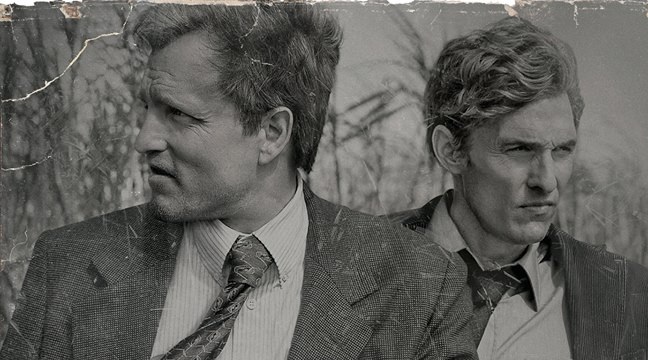 Whether you’ve made a new year’s resolution to watch more television – not that anyone would ever do that…nervous laughter…or you’re simply after a bit of great telly to get you through the January blues, we have compiled our top 10 shows that will be gracing your TV sets this year.

As for our returning favourites – if you haven’t seen their predecessors yet, then for heaven sake catch up!

If you haven’t been watching this show…why why WHY haven’t you been watching this show?! A drama that tricks cynics into watching (and enjoying) the sci fi genre before they know what’s hit them, the first series consisted of ten one-hour episodes and was one of the finest dramas of the year, with the action fast-paced and a consistently great storyline.

Also, the acting talent of the silverscreen Tatiana Maslany will genuinely absolutely amaze you. To avoid spoilers we won’t elaborate. Let’s just say if the first series is anything to go by, the second will be outstanding.

Orange is the New Black, Series 2

This surprisingly hit saw a privileged blonde incarcerated in a women’s jail for a crime she committed ten years earlier, and not only did we empathise with poor Piper, we fell in love with the other jailbirds one by one as their stories were explored. Season one was left on a gruesome cliffhanger, so we are waiting with bated breath for the next instalment to get on our screens!

Arguably the best television show in years – yes yes, Breaking Bad aside – Game of Thrones is back for season 4.. After the devastation of season three’s Red Wedding stunned fans of the show, we reckon it’s about time we see some less favourable heads roll.

If you haven’t caught up yet, call in work, tell them you’re ill, and settle down in front of your television. We promise you will not regret it.

Rectify is already a huge hit in the USA, premiering on the Sundance channel, but has yet to hit the UK silverscreen. A short series based on a man who is released from death row after 19 years when new evidence comes to light, the story is less of a whodunnit and more of a examination of the character Daniel’s mental state after being released from a windowless room for the majority of his life.

It’s slow, but powerful and truly worth watching. Also, it is from the producers of Breaking Bad. Just saying.

The French series was beautifully made and intriguing in plot premise (though things got very weird, didn’t they?) If you simply want a recap of series 1, by all means take it: in a sleepy town in France, several previously dead members of the community simply come back to life, with no memory of ever having being dead.

One little girl’s twin is now in her late teens, another’s wife has moved on with another man, another’s a murderer…and that’s where we’ll stop. It’s creepy. Vive le season 2!

Girls is a totally honest and hilarious depiction of a band of slightly messed up twenty-somethings lives in New York City. It’s like a Sex and the City gone horribly, horribly wrong.

These women aren’t glamorous and go out drinking cocktails every night of the week – they endure bizarre relationships, watch daytime TV and confront issues with OCD head on.

It’s so great, please watch it.

We are as much in the dark as you are about this one, but early critics have absolutely lauded the new crime drama starring Matthew McConaughey and Woody Harrelson, who star as two detectives who have been hunting for a serial killer across seventeen years.

It sounds like one of the most promising series of the year, and we can’t wait to check it out.

This series about a serial killer involving graphic murders is definitely not just a gore fest. The imagery is just gorgeous, and the writing is suspenseful and perfectly acted – transcending a cop drama by delving into the psyche of a man breaking apart at the seams.

We can’t wait to see what season 2 has in store.

If you’re anything like us, you are jumping for joy that Dan Harmon has returned to Community. The showrunner was unfortunately fired, and other writers were brought in to write up season 4. The end result was terrible, leading Community to be a shadow of it’s former self.

Saying this, it might be simply hope that season 5 will be great again with Harmon at the helm, but the trailer did have more laughs in it than the whole of series four. Just saying.

One episode has aired and Sherlock is smarter than ever, Benedict Cumberbatch is as sexy as ever, and Martin Freeman has shaved off that stupid moustache!

John and Sherlock are back in business! And there’re still two glorious more episodes to go! Blink and you’ll miss them though – the third and last episode will air next Sunday!