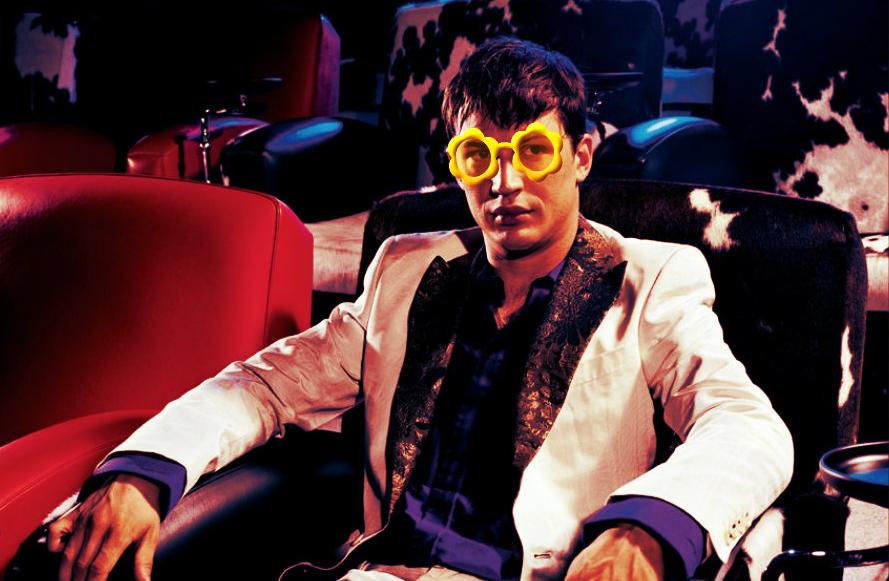 If you hadn’t read about this in May, when the job offer was placed on the table, then you probably just read this headline a few times to let it all sink in and make sure you were wide awake. Well it’s official, Tom Hardy has been tapped to tickle the ivories as he channels Elton John in the tentatively titled biopic Rocketman.

The film is exec produced by Sir Elton himself and Len Blavatnik with a script provided by Lee Hall, of Billy Elliott and War Horse fame, and newcomer, Michael Gracey set to direct.

Whilst the news is unexpected to say the least, the British thesp certainly immerses himself in every role he takes on, with the unique character he created in Bronson particularly springing to mind. Whilst the role was first offered to Hardy back in May there had in fact been a worldwide search for an actor to slip on the star shaped glasses, with both James McAvoy‘s and Justin Timberlake‘s names to be found in the mix as likely contenders.

The biopic will recount John’s life from a child prodigy at the tender age of 11, continuing through adulthood with the singer/songwriter set to head back into the studio to re-record a number of his greatest hits “to parallel the emotional beats of the film.”

Whilst Gracey is a relative newcomer, Rocketman is the third in a line of biopics he has signed on for recently. The VFX-artist-turned-director is also helming Fox’s Hugh Jackman-led P.T. Barnum film, The Greatest Showman on Earth, and the Disney feature relating the life and times of the late great Jim Henson, The Muppet Man.

If anything, it’s sure to be fascinating to see Hardy tackle such a role making this a biopic to look forward to. Rocketman is planned to start shooting in autumn, 2014 meaning we’ll most likely be heading to see it in cinemas towards the end of 2015. In the meantime, we’ll get to catch Hardy in Daniel Espinosa‘s Child 44, Michael Roskam‘s Animal Rescue, Steve Knight’s Locke and George Miller’s long-gestating Mad Max revamp.