The Slow Rise of Bryan Cranston 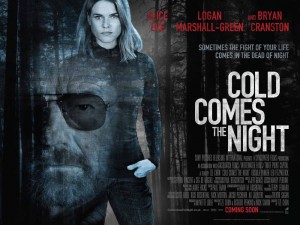 With the release of Tze Chun’s Cold Comes the Night and the imminent finale of Breaking Bad, Bryan Cranston has become not just a household name but a genuine megastar. Hotly tipped to win another Emmy for his portrayal of Walter White and recently the subject of frequent to-and-fro gossip concerning his possible casting as Lex Luthor in Zack Snyder’s Man of Steel sequel, Cranston’s star has truly risen. Yet, it wasn’t a meteoric overnight success, having been in the business for over 30 years with a gradual growth in the size of his roles and billing.

Sure, we all know Cranston from Malcolm in the Middle and from appearances in recent films such as Argo, Total Recall and Drive but as a jobbing character actor, it might have escaped your notice that he was in high profile films and shows such as Little Miss Sunshine, Seinfeld and Saving Private Ryan, even if you’ve seen them! But what about the early years and the weird appearances you haven’t seen, have forgotten about or plain didn’t realise was Cranston?

Here’s a selection of obscure Cranston moments for your viewing pleasure:

Bryan Cranston’s father, Joe, had his own career in show business and appeared in several TV shows including Dragnet and as a regular on The Gale Storm Show. He also directed and produced one solitary film by the name of The Big Turnaround in 1988, giving his son one of his earliest film roles. The film, as can be seen from the VHS-tastic trailer, sees Cranston play Jim, a doctor who teams up with others in the community including local priest, Ernest Borgnine, to combat Mexican drug dealers controlling their town. Science, drugs, and Mexican bad guys? Sounds familiar! The film stars the brilliantly named actors Luis Latino and Rick Le Fever (seriously!) and seems ripe for a cult re-release anytime soon.

Yes, that’s Bryan’s head being torn away from his body in Fred Gallo’s Dead Space, a film unsurprisingly produced by Roger Corman. Here Cranston plays Dr. Frank Darden, another surprisingly Walter White-like man of science with a hidden illness, except, well, in space with robots and monsters. Darden accidentally creates a ‘metamorphic mutant’ when trying to cure the Delta 5 Virus, although he insists “It is NOT a monster!”.  Of course, said mutant escapes and we’re treated to a laughable Alien-wannabe that plays more like a po-faced Red Dwarf episode. To read that the director didn’t see the script until the first day of shooting is not at all surprising.

In the first of two appearances in the first season of Mighty Morphin Power Rangers, here Cranston plays Snizard, the villain of the episode Foul Play in the Sky. Having sat through the episode, it was immediately clear that without being 9 years old and hopped up on too much sugar, that Power Rangers is almost totally incomprehensible, thus I shall not attempt a synopsis. Cranston’s voice is virtually unrecognisable, probably for the best, and the Snizard is certainly not a memorable character in any way. In terms of voice work, he’s certainly no slouch; Starting his film career dubbing  Royal Space Force: The Wings of Honnêamise , followed by a number of Japanese shows in the Nineties including Tekkaman Blade and later, he would go on to provide voice acting in notable shows such as Clerks: The Animated Series and Family Guy.

Wait, 1998? No, not Nicolas Winding Refn’s Drive, silly. In 1998, Cranston was actually starring in a Season 6 episode of The X-Files also by the name of Drive, which is also notable due to the fact that it was written by Breaking Bad creator Vince Gilligan and would lead to Cranston’s eventual casting as Walter White. Cranston here plays Patrick Crump, a man suffering from intense ear pain who winds up being driven West by Mulder at gunpoint, the only thing that will relieve his pain from ELF waves. A continuously kinetic episode, which Gilligan admits to being a bit of a steal from Speed, sees the actor portraying a horrible yet sympathetic man, which indeed foreshadows character traits of Heisenberg and makes the later casting so logical. Aside from The X-Files, Cranston also took bit parts in several television shows including ChiPs, Airwolf, Baywatch, Murder, She Wrote and Sabrina the Teenage Witch.

Here’s a clip of Vince Gilligan discussing the episode:

Cold Comes The Night releases in the UK next week on the 20th of September. We’ll leave you with the trailer:

Ryan Finnigan graduated from Sheffield Hallam in 2006 with a degree in Film Studies: History, Theory and Criticism. Since graduating, he has co-founded an independent film production company called [SIC] and a cult film night called The Five and Dime Picture Show. Ryan is the editor of cult film and television website [SIC] Blog and has written articles on film for various outlets including Periodical, No Ripcord and Hope Lies, as well as being a published writer of short stories and poetry. Twitter: @sicryan, @wearesic, @fiveanddimeps Websites: www.wearesic.com & www.sicblog.co.uk
You might also like
Movie Lists