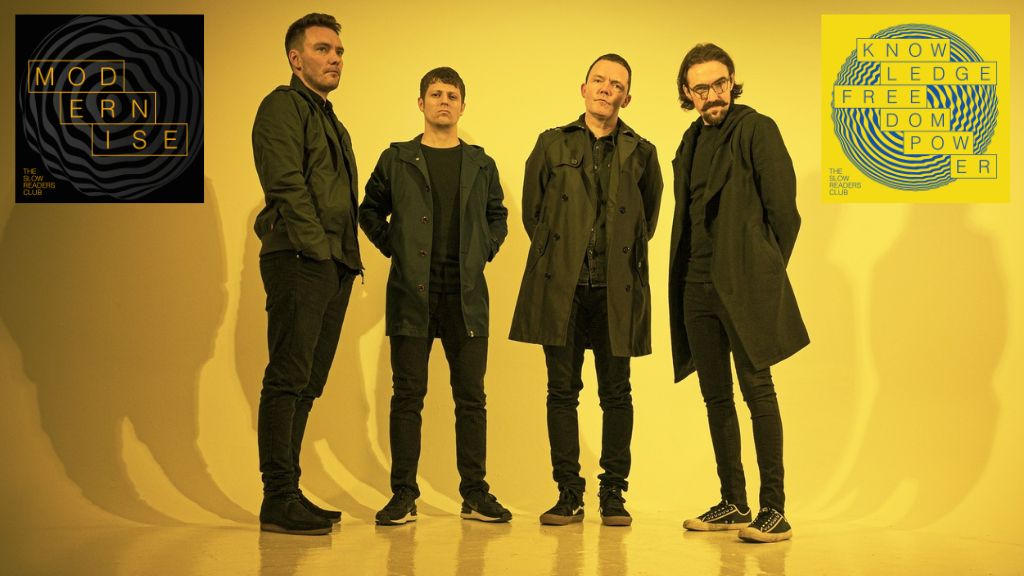 One of the greatest self-made stories in contemporary British rock music and one of our biggest cult bands, The Slow Readers Club have today shared ‘Modernise,’ the second single lifted from their upcoming LP ‘Knowledge Freedom Power’, which is slated for a February 24, 2023 release.

Commenting on today’s new release, the band said: “‘Modernise’ is about the constant need to learn and adapt to changing, it’s a bit of a techno fear song.”

‘Knowledge Freedom Power’ is their first full studio album since ‘The Joy Of The Return’ became their first to crash into the Top 10 in 2020 and the first two singles provide an insight into what to expect the band’s long-player. As per the press release: “Its hybrid of strident synth-rock and anthemic alt-rock recall feels like a kindred spirit to Muse, White Lies and modern day Bloc Party as The Slow Readers Club step into a new future – both stylistically and thematically. While it’s a warning sign of the potential imbalance between mankind and machine, it’s also a positive declaration that the future is still ours to dictate. As we’ve seen in the past, using knowledge in the pursuit of freedom and power will be just as vital in the years to come.” As with the rest of the upcoming album, ‘Modernise’ was written by the band, with production from Joe Cross (Hurts, Courteeners, Louis Tomlinson).

‘Knowledge Freedom Power’ is now available to pre-order here and will be released on blue vinyl, CD and cassette, as well as digital and streaming formats. Album bundles including new merch designs and signed art prints are also available from the band’s official store.

The band also recently added a very intimate show at The Met in Bury as part of Independent Venue Week, which quickly sold-out. Ticket demand for the remainder of the tour is also strong, most notably with a homecoming show at Manchester’s Albert Hall, which sold-out four months in advance. Remaining tickets for the tour are available here.