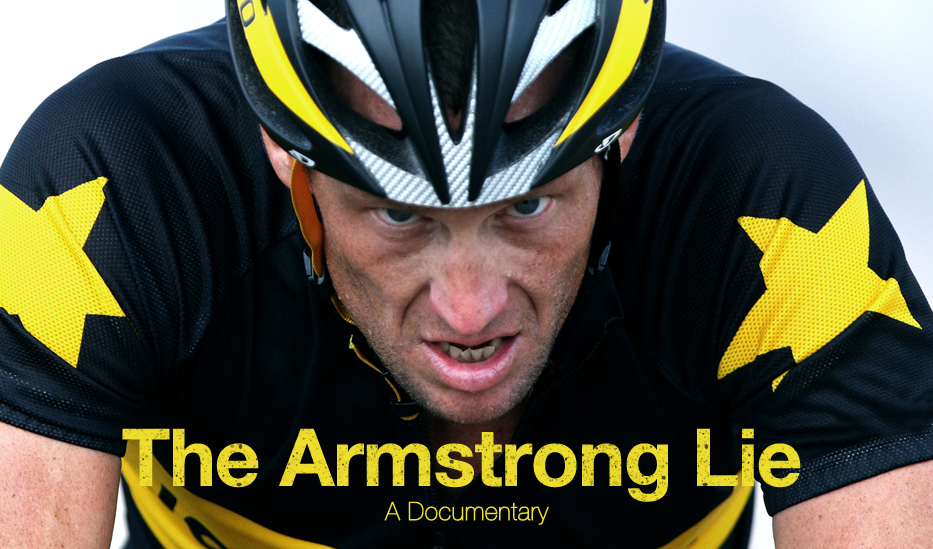 “I didn’t live a lot of lies, but I lived one big one” – Lance Armstrong

Cyclist Lance Armstrong was probably one of the greatest inspirations to all sports stars. After winning numerous bike rides and marathons, not to mention his impressive seven consecutive wins of the Tour de France, this mans career was flawless on paper. Even after fighting stage 3 testicular cancer this cyclist just kept on peddling – until the truth got too much to handle. Summer of 2012 Armstrong gave in and admitted to using performance-enhancing drugs during an interview with Oprah Winfrey. Stripped of all seven of his Tour De France medals and consequently received a lifetime ban of competitive cycling, the man whom many admired had been lying for so many years. It was said that Lance engaged in the most sophisticated, professionalized and successful doping programme that sport has ever seen, but why? From the official selection of the Venice and Toronto Film Festivals, The Armstrong Lie is here to tell us all.

Not only did Lance lie to the world, his fans but he also took documentary filmmaker Alex Gibney (Taxi to the Dark Side, Enron: The Smartest Guys in the Room) for a ride as well. Back in 2009, Alex was hired to make what he thought was an inspirational film about Lance’s come back after beating cancer, only to find out that he was being lied to straight to his face by the man who appeared to have a compelling story. Gidney stated from the start he wasn’t oblivious about the numerous doping allegations made and picked up the project again in order to finally get some answers and reveal the answers everyone wants to hear. The trailer in itself doesn’t put Armstrong in a positive light. The power hungry, determined cyclist looks like he wasn’t putting up with anything and did what was necessary to gain the titles he so desperately wanted.

Probably one of the biggest deception stunts in sports history after denying the fact he was blood doping for so many years of his career and always falling back on his come back after tackling cancer – but was that really the way to play things? From the clips we have already seen, the documentary appears to be a combination of past and present interviews, along with footage of simply showing the world that this is the true story of Armstrong’s Lie, and Lance finally admitting all himself. Unlike the documentary about Brazilian Formula One racer Ayrton Senna, Senna, celebrating his career after his death, The Armstrong Lie will only enhance the death of Armstrong’s career. This shall certainly not be the inspirational tale Gidney wanted to tell the world, albeit it he needed to tell the world.

The Armstrong Lie is released in cinemas on the 31st January 2014. Perhaps it shall contain the answers we all want to hear from the man himself.