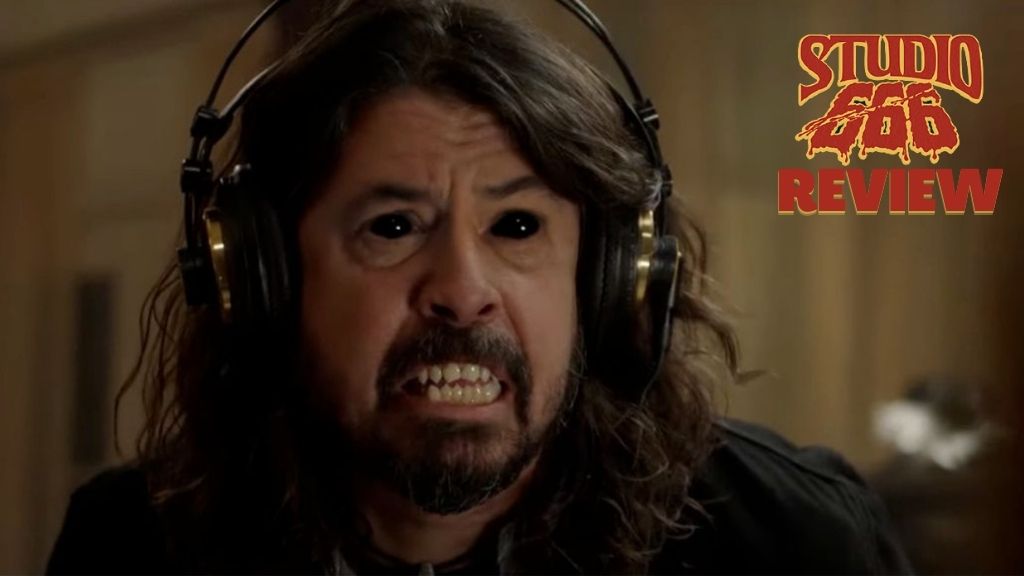 SYNOPSIS: In Studio 666 The Foo Fighters (yep, those Foo Fighters) settle into a haunted house to record their latest album. To give them credit, they didn’t realize it was haunted before they moved in and none of them could have predicted the death, the terror, or the insanity that would overcome lead singer Dave Grohl in particular.

Studio 666 will immediately appeal to fans of the Foos, who will especially find a lot to love in Grohl’s most devilish role since Tenacious D in The Pick of Destiny. As only a semi-lover of the band, I feel I can take a more impartial stand. Although I can appreciate the film’s full-out madness and clear penchant for the horror genre, by the end I couldn’t help but feel it was a little bit average.

Director BJ McDonnell’s unabashed determination to push the film’s horror and comedy equally to their limits is instantly appealing. The film is heavy on the gore and grisly deaths but also makes time for banter among the band members and spooky-tinged silliness that pays homage to films of horror past.

It’s an entertaining and mostly unpredictable watch (especially if you stay clear of the trailer that sadly showcases most of the film’s best moments), where Dave Grohl shines as a man possessed by demons and the need to push his music to the next level.

Beneath the film’s evident wish to alarm and amuse its audience, there is also a need to explore the horrors within the creative struggle. The Foo Fighters’ demons may be literally lurking in the shadows, ready to frighten when the lights go out, but within themselves, there is something far scarier: the fear of letting down their fans and failing to deliver the killer album they so desire. Their inner fears and obsession with excellence bear very real teeth as Dave Grohl becomes possessed by the need to craft the perfect song with the perfect ending.

Studio 666 is a lot of fun and is the perfect popcorn-munching horror-comedy for a Friday night, but its lengthy runtime (that clocks in at almost 110 minutes) makes its over-the-top and ridiculous nature wear a little thin by the end.