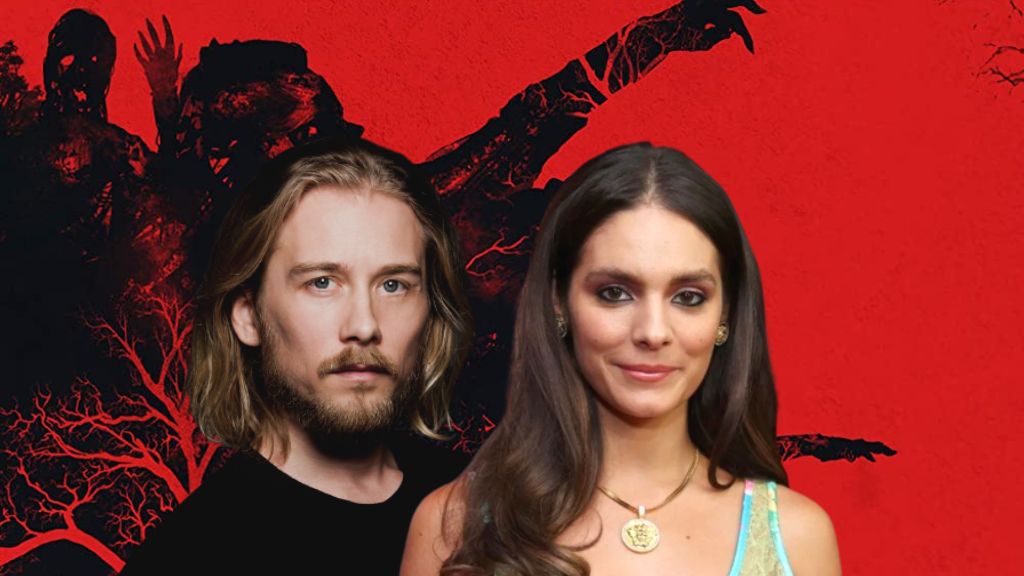 Odin’s Eye Entertainment has today announced the addition of Caitlin Stasey (Smile, Tomorrow When the War Began) and Lou Taylor Pucci (Spring, Evil Dead (2014)) to Jonathan auf Der Heide‘s (Van Diemen’s Land) Devil Inside, a film which is being pitched as an elevated thriller/horror in the vein of 28 Days Later and It Comes at Night. Ryan Kwanten‘s (Dead Silence, “True Blood”) attachment to the film was previously announced.

Directed by Auf der Heide, based on a script he co-write with Tom Holloway, the film explores the ‘what if’ question of a cross-species contagion, in this case from a Tasmanian Devil, the last of the marsupial carnivores.

According to the film’s official synopsis, Devil Inside takes place in the remote rainforest of Australia where Eva (Stasey), a young animal disease specialist, helps the local park ranger (Kwanten) research the Tasmanian Devil Facial Tumour Disease – a contagious cancer that has wiped out nearly 90% of the population. But when her husband, Alex, (Pucci), is bitten by a stray dog, Eva suspects the virus has mutated to cross species and is causing violent outbursts in the hosts. Infection soon spreads through the locals and Eva must choose between saving the man she loves or the rest of humanity…

Commenting on the casting news, Auf der Heide said, “Fiercely intelligent and passionate, Caitlin is exactly who I want leading the charge against an apocalyptic rage virus … Lou is the ultimate chameleon who brings a great depth of sensitivity to the film. Caitlin, Lou and alongside the magnetic Ryan Kwanten, I have my dream cast.”

Producer David Ngo said, “We could not be more excited with the ensemble cast for this film. Caitlin Stasey, Lou Taylor Pucci and Ryan Kwanten are not only incredibly talented performers, but are perfectly cast in their roles and will bring a grounded truth to this terrifying story.” And producer Erin Williams-Weir added, “We are thrilled to bring Jonathan auf der Heide’s vision to the screen with such an electric cast. Partnering with Odin’s Eye and the combined talent of this cast, we have no doubt Devil Inside will deliver in both a terrifying and impactful way.

Devil Inside is currently in pre-production with delivery slated for Q4 2023. The picture will be produced by David Ngo and Erin Williams-Weir of Projector Films (One Eyed Girl; Rabbit). Odin’s Eye Entertainment is handling worldwide sales for the film and OEE’s Michael Favelle also serves as an Executive Producer alongside Katie Found, Bryce Menzies and Clement Dunn. The feature was developed with the assistance of Screen Australia and Screen Tasmania.