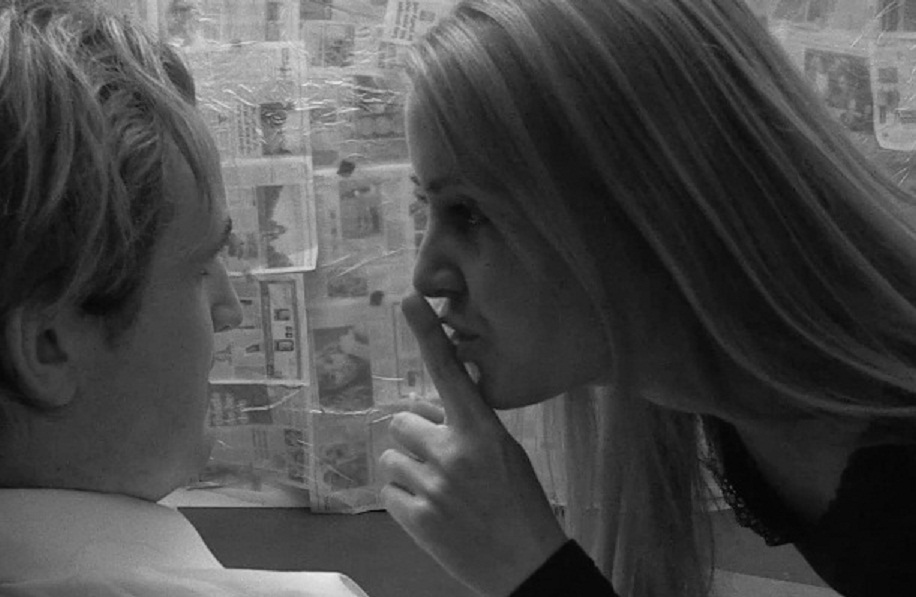 The problem with being extremely passionate about film, in all its glory, is that when you trying to submerge yourself in the pitch dark of the cinema and immerse yourself in the story, you’ll find that some people around you aren’t that considerate. There will be the flickering of lights in the corner of your eye, the rustling of snacks that are gorged upon by noisy eaters and the worst sinners of all, those who talk (not whisper, because the odd comment here and there is permitted, quietly). The loud commenters will enrage most, especially when it’s in a cinema. But finally, upcoming film-maker Ashlee Coughlan has vindicated cinematic etiquette at last.

The appropriately named “Ssshhh!” is a short film made during Coughlan’s studies that conveys the sickest of fantasies by those who abhor talking in our cinemas. Our heroine, (erm, I mean anti-heroine,) comes across an obnoxious talker whilst she is watching her beloved horror flick. As they leave, she finds he has dropped his wallet. Being the kind citizen she is, he tracks her down. Only, she has more plans than that. “Sssshh!” is a fun but great little horror short.

Being a student project, clearly the budget has restrained it’s true greatness here – mainly noticed in the weaker cinematography and some angles that give away the secrets of the horror. But Coughlan still emulates thrilling directors such as Hitchcock in his, ha ha, tongue in cheek film. There is little dialogue, which strips the audience back into the horror, and the tension is deliciously lapped up. Coughlan is a budding director here, using specific shots and cutting away at the right moment to mirror the craziness of great actress Emma Frisk’s eyes in the act that she is committing. Neatly sandwiched into five minutes, the film is low budget but boasts a massive amount of skill, intelligence and passion that Coughlan has for cinema. Helping along by Dylan Freeds’ music which feels more akin to Dario Argento soundtracks and classic horror movies, “Ssshh!” is a great little short for Coughlan’s portfolio.

Enough to get our tongues wagging anyway.