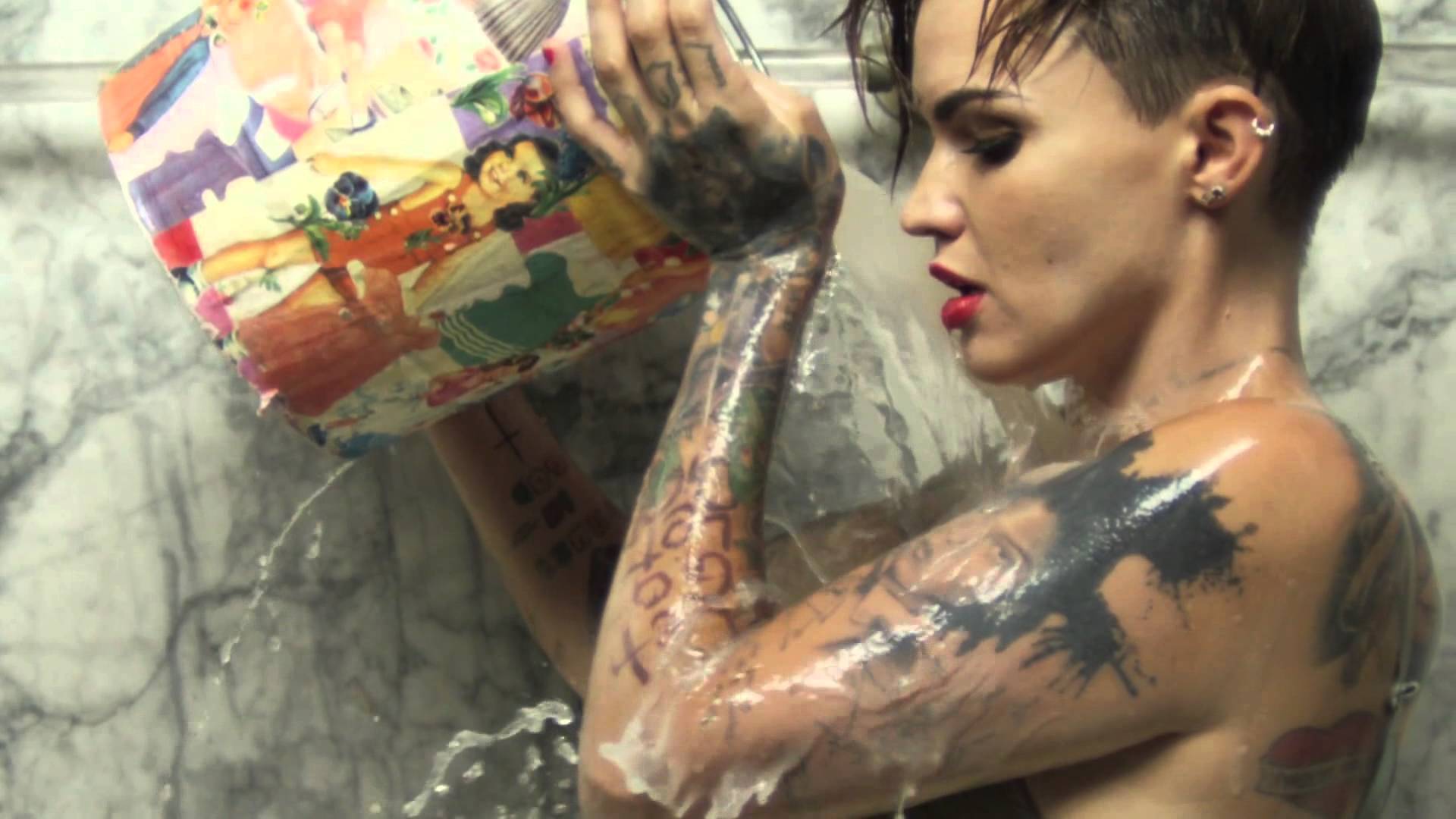 What a gay day. In every single conceivable way imaginable. Not only is it beautiful and happy, the sun beating down and possible rainbows on the horizon, but America has finally announced legalisation for gay marriage across all of the fifty states. Hooray! While this definitely isn’t the solution to all the LGBT problems in the world, it certainly marks a step in the right direction for love and inclusivity. On this note, why not have a look at a film about identity and changing perspective from the norm? Let’s throw in the hottest product around as well, Ruby Rose.

Starring in an incredible short called Break Free, Rose stars as an unnamed girl in a bathroom. Made up to the nines, in a gold dress and make up, representing the societal norm of femininity. Gleeful and girly, Rose unravels this persona by stripping, cutting her hair and removing the cover-up, binding her breasts and assuming a more masculine personality. Set to “It Pulls Me Under” by Butterfly Boucher and written by the star herself, this is poignant different look at gender.

Rose is admittedly gender-fluid and queer so it seems right to showcase in a simplistic way. That’s not to say that Rose doesn’t portray the complexity in the different nuances of both characters of her personality. It’s to say that the short is fleshed out in such a manner that those unassimilated with gender-fluidity could grasp whilst placing some common ground down for those, like me, who feel both female and male, flitting between the two. The seedy bathroom is a backdrop to her blossoming away from the societal norm and conventions. Beautiful acted and written, it may be basic in approach but it is tinged with poignancy and emotions.