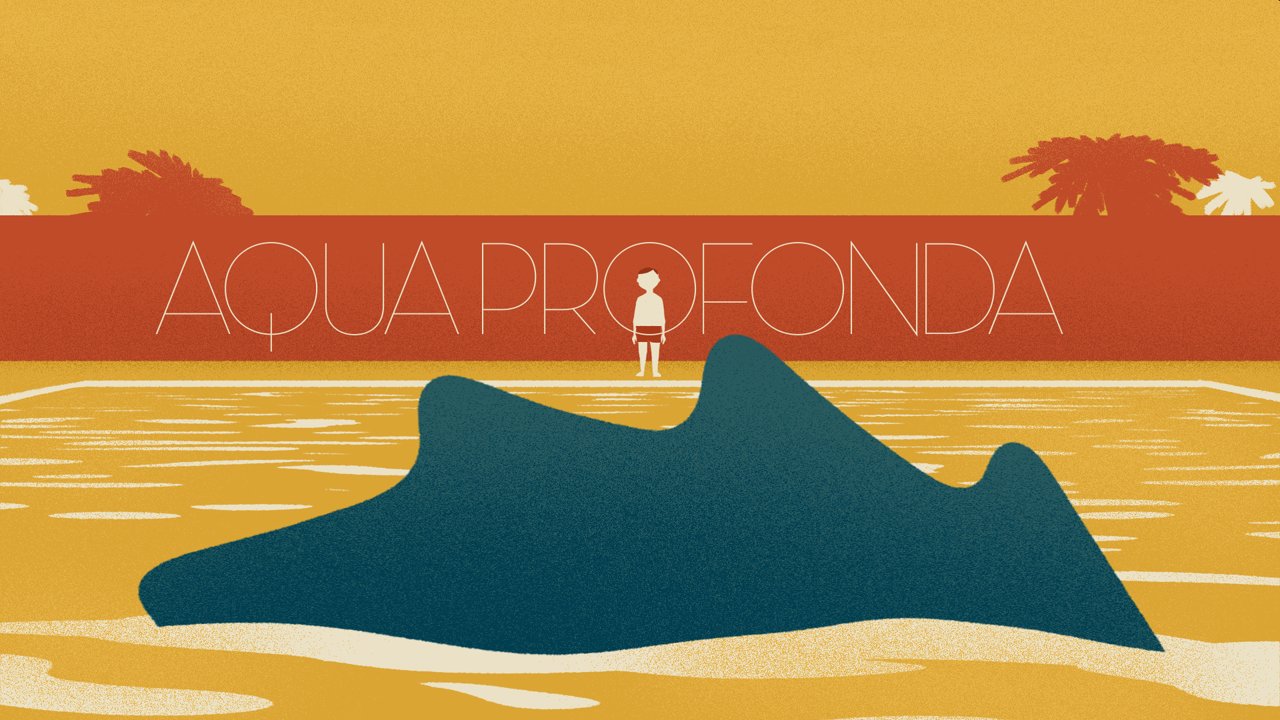 Fear and cinema go hand in hand. After all, there is an abundance of horror films that like to play on our subconscious and truly terrify us with blood, gore and bumps in the night. Yet, as much as our hearts races beneath us alongside the actress who is about to be slices and diced, it’s very rare to see a film that gets to the imagery bustling in our minds when we confront a phobia. For this delightful short, director Nathan Campbell greatly encompasses the sentiments of fear with a mere two minutes.

Aqua Profunda is a short animation that focuses on a man on the side of a pool. As he tentatively builds up courage for a swim, we are taken through a journey of memory and imagination that is pivotal for his fright.

Utilising a wide range of the spectrum the film dances wildly with vivid colours and characters that melt into one another impeccably. What this does is captivate you, pulling you on to a series of thought that must haunt our speechless character. Though the time to convey the wrought and worried mindset may seem like it could be rushed or stereotypical – director Nathan Campbell enthuses it with a sense of realism and it dances alongside the dreamlike aesthetics. If you’ve suffered an unnerving phobia against the norm then you’ll recognise the visceral backbone that weighs the movie with greatness. It’s wonderful, almost poetic and charged with that lonely sense if having your courage stripped away by your mind.