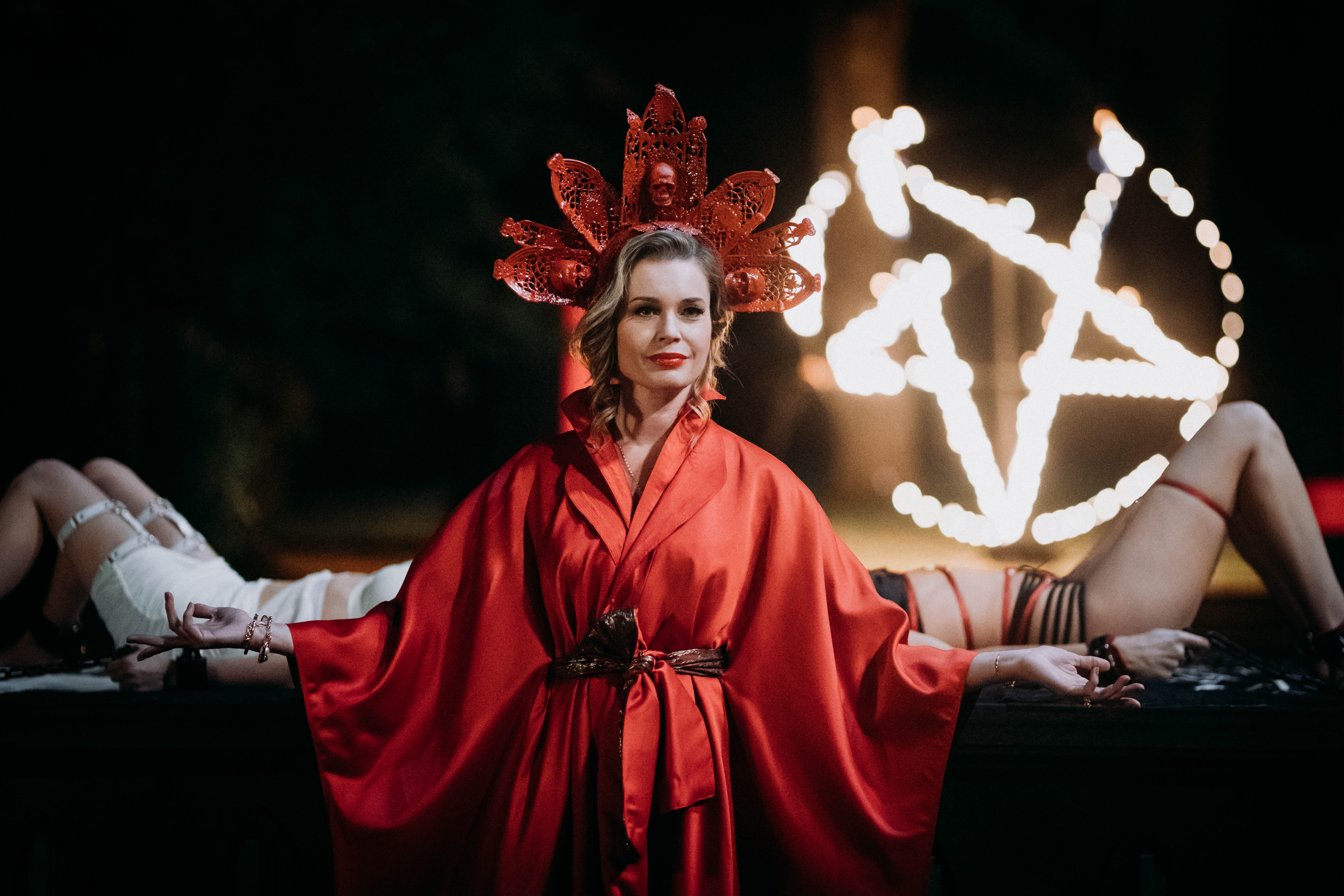 Satanic Panic is as silly as it sounds, but still boasts a generous amount of gory terror in its delightfully witty descent into Satanism. The film follows pizza delivery girl Sam Craft (Hayley Griffith) as she stumbles upon a Satanic ritual whose clutches expand surprisingly far and wide. After a customer fails to leave a tip, she enters his home to demand payment, but what she witnesses will cost her more than a couple of bucks.

Chelsea Stardust’s feature-length directorial debut is a wicked, fun ride into the depths of hell that wears its tongue-in-cheek nature proudly on its sleeve. The tone is pitch-perfect, and it is a rare-breed of comedy-horror that wholly works. There are plenty of witty one-liners and many moments of the film are laugh-out-loud funny. However, it is also successful in its drive for horror, where blood and guts come fast and quick. Satanic Panic’s deaths are gruesome and creative, ranging from death by a drilling dildo to being shot straight in the neck. These moments work well to balance the film’s lighter moments, and even though this is undeniably funny, it is pleasantly scary.

For those who shudder at the thought of horror CGI will be pleased to learn that Satanic Panic is an homage to ‘80s horror and its love of practical effects. There are gloriously gory moments that are surprisingly icky, including one that sees a man get his guts pulled out of his mouth. Yuck. 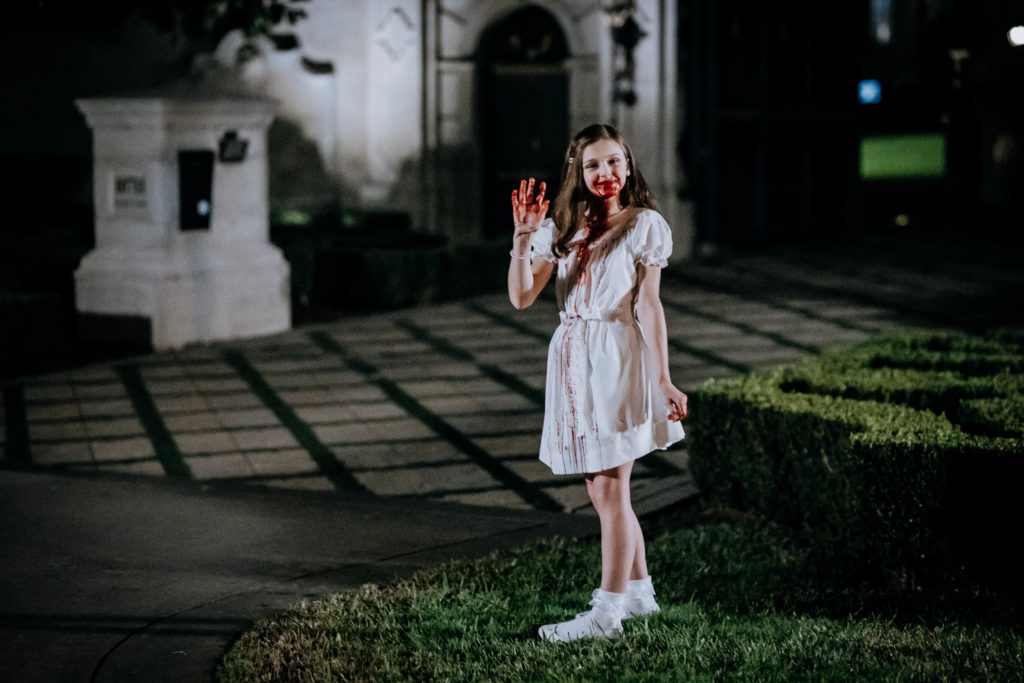 This is a love letter to films like Society, where the horror genre is used to explore and comment on the evil that lurks in, well, society. In Satanic Panic our Satanists are the well-to-do upper class, who reside in their mansions with their 8 bedrooms and en-suite bathrooms. The film literally poses the question: how do you think the rich stay rich? And answers it firmly with humour and horror alike. It’s a film about the horror of struggling to succeed; our Sam wants strives to pursue a career in music, but must settle as a pizza delivery girl who can’t catch a break. It’s a timely satire that will only become increasingly more relevant as the poor grow poorer and the rich become richer.

Satanic Panic is even better for its performances, where Rebecca Romijn especially appears to be having the time of her life as Danica Ross, leader of the cult. She’s wickedly devious and driven, determined to sacrifice a virgin if it’s the last thing she does, and all the while remaining calm and demonically collected. She as some of the best lines and delivers them with bite, perfectly portraying a wealthy devil-worshipper if there ever was one. She is supported by a strong female cast that further includes Happy Death Day’s bad-ass Ruby Modine, a hilarious Arden Myrin and Hayley Griffith, who navigates the moments of horror and comedy with ease.

Satanic Panic is a resounding success that balances wonderfully on its tightrope of hilarity and terror. It’s well worth a watch, especially for its excellent performances and overall witty take on the link between class and ungodly religion.

Check out a clip from the film below.