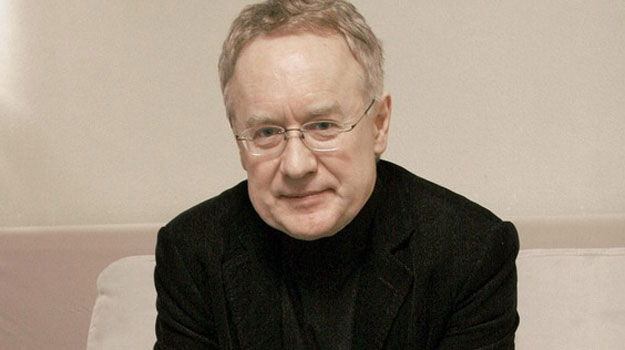 Since Ida scooped up the Oscar earlier this year, there has been much furore around Polish Cinema. Undeniably, the history of the country and their cinematic escapades have fallen under the radar on a global scale. But that all being said, there are heaps of films just waiting to transcend from Eastern Europe with a ferocious and passionate team of filmmakers behind them. One such filmmaker is Robert Gliński who is bringing the World War II drama Stones for the Rampart to life. The film focuses on the struggles of Nazi riddled Poland and the underground youth organisations who fought against it.

Cinema Chords got to sit down with the director to talk about his upcoming film and the importance of Poland in worldwide cinema.

What first drew you to the project?

The original novel is a famous Polish book. We tried to make it for years but we didn’t get the rights. Finally, the grandson of the writer allowed us to take it to the big screen which we were really lucky to get.

See, the reason I decided to do it was because in Poland, it is a very famous book. Every generation of school in Poland has read it. I thought it’d be good to make a film from the book and reach out to a new generation. More so than this, my mother was actually a part of the Polish Underground Organisation – like the main characters – so I knew more things about the boys and girls from her. She even knew someone like the main character of the film so I have some personal feelings to the characters.

How difficult is it developing a book?

The book is very large. If I tried to put the book to the film. Without any changes, it would be twenty hours long. This is why I had to cut some of the film up and some stories and characters. In the original text, there are lots of stories and characters but we had to concentrate on specific elements. This is why we had to centre the film on the main story and focus on their accidents and the Gestapos dealings with them as one tries to make the other free.

More importantly, was there any in trepidation getting the tone right fiction and reality?

It’s very important. I tried to make it about real characters instead of the patriotic monuments they have become. We had to colour it in and flesh it out because they are funny, they are these boys and girls who like to make jokes and we needed to show the human element to the people behind the resistance. All the while we still have to make sure their journey was portrayed well and communicate them to the younger audience. In order to do that, we must humanise this patriotic heroes.

How did you pick such a vibrant cast?

The cast was difficult. We basically interviewed pretty much every young actor in Poland. We invited every actor from the schools as they had just finished the term. We had a whole bunch of very excellent ones and then we assigned roles to them. We went straight into rehearsals and I couldn’t be happier.

How do you feel the film will be met in other countries such as the UK?

The main problem of the film and the historical context is very Polish but the story is universal. It’s a story about friendship and that translates across the globe. It’s almost like an American Western: We have the main character who is trying to free their friend who is captured by the enemies, and in this case it’s the Gestapo. So the structure is very American and the narrative has been taken from that culture, it’s broken into three acts and different pivotal points. I’d think we have a global story that everyone can appreciate even though it’s steeped in Polish history.

There is quite a demand for Polish cinema after the Ida win at the Oscars, will there be an insurgence in global popularity?

I do hope so. Ida is very Polish but as I see it, is understandable too.  Though the conflict and moral conflict is very Polish and connected to its history – It’s universal because it got the Oscar. I think that it is very good that a moral Polish film that will be taken to Europe or the States because in my opinion we (Poland) have very good interesting films that they need to be known.

Thank you and good luck with your film!

Thank you so much.

We’d like to thank Robert for his time and we’ll leave you with the trailer.