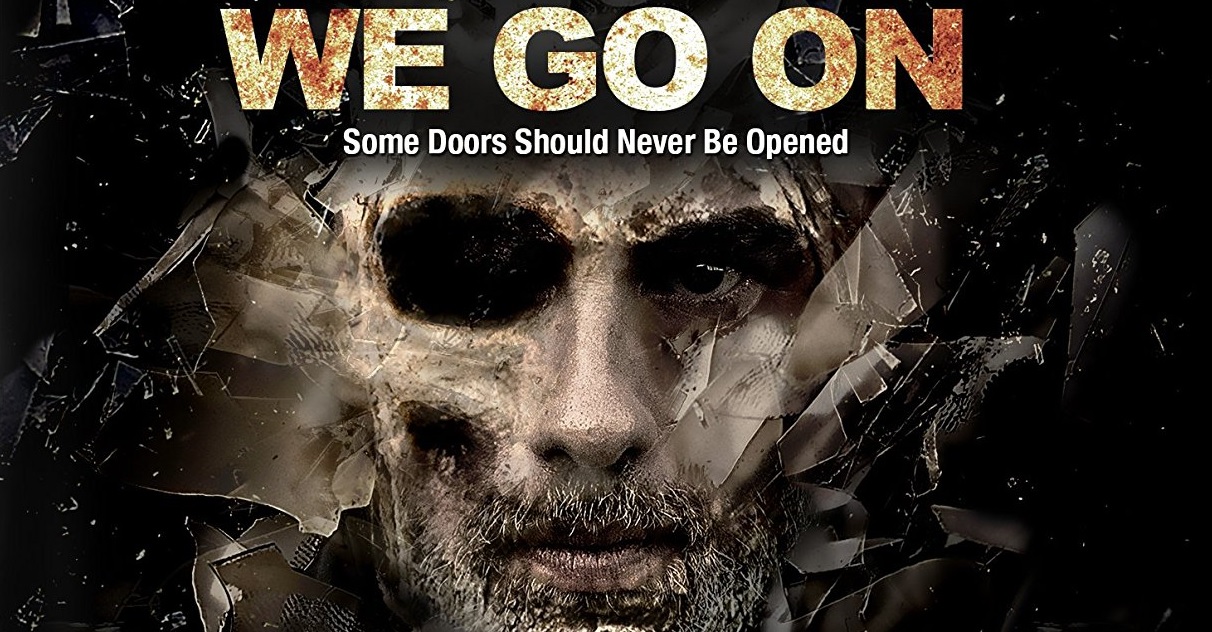 Do you remember what it was like to be child? The days going by with nothing but time, support and no fears. It is pleasant when you close your eyes and remember as well as create scenarios that reflect innocence that you have experienced. It’s a powerful set of moments that make you feel warm, confident and free from anything that may hurt you. In the same breath, it is the same memories and feelings that can cultivate fear, anxiety and angst with everything in the world around you. This is one of the prime themes for the film We Go On from filmmakers Jesse Holland and Andy Mitton. One of the most human and connecting horror stories, We Go On tells of emotionally self-inflicting man named Miles played by Clark Freeman. Clark has a fear of just about everything with roots of very deep-seated and early trauma within his fragile life. These fears – and I mean many fears! – control his life to the point that he refuses to do just about anything at all. He finds seclusion and safety from the world within public transportation, the controlled environment of his job as video editor and his apartment, as well as his uber-protective and very controlling mother Charlotte embodied by the talented actress Annette O’Toole.

The film opens with Miles experiencing the same immersive nightmare again of him being the driver with no control whatsoever. Miles wakes with a new perspective on his sheltered life: He wants to know what happens after you die. He needs proof and is there something truly out there waiting, whether it is a ghost, angel, demon or something else?

Using money that he inherits, Miles offers $30,000.00 to the first person who can prove it beyond a shadow of a doubt. Using the most arcane form of communication in modern times, Miles contacts the newspaper to buy ad space while standing on the proverbial ledge of his life. His advertisement sparks a viral fever with many trying to get a hold of the money. Between his mother, the video editing technology and himself, Miles narrows it down to a handful of viable candidates including a scientist, a medium, worldly entrepreneur and an unknown caller. As he meets with each one, the trials of each meeting impacts Miles in ways that change who he is and shake his fragile foundation that haunts him. With that fear being broken, Miles must come to grips with the life around him and those that he has affected, both living and dead. With each moment, interaction and step, Miles is learning that proof of true life after may be a lot closer than he ever imagined. 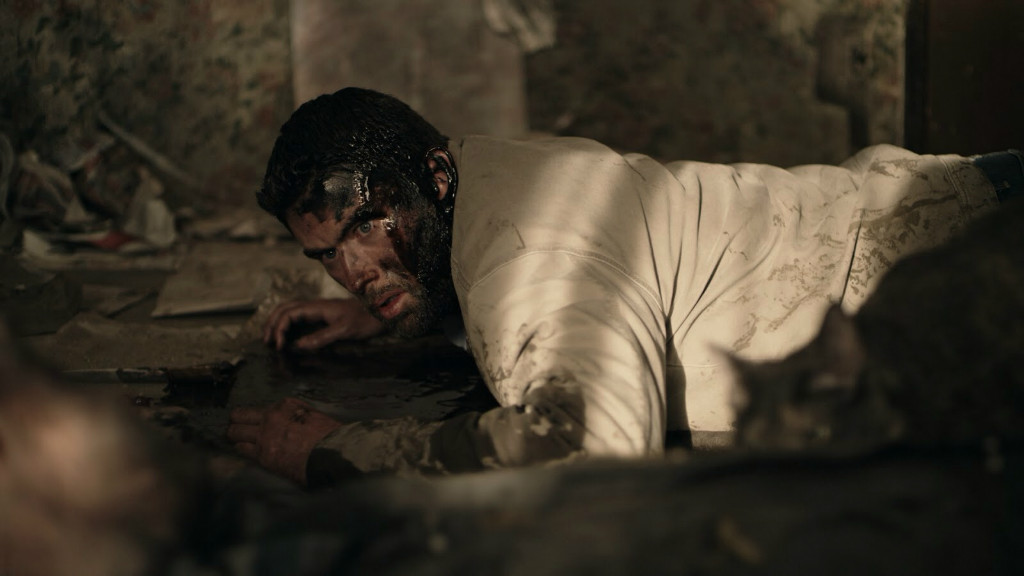 We Go On is an overall simple but deep and smart, dark drama. From moment one, I watched this film and never left my seat. The film for me, was a therapeutic experience that, like so many, have watched it and saw themselves in any number of the characters portrayed. The film has a connecting premise we can all understand in the message of looking for hope as well as breaking out of the fears that bind us on so many levels. Both Holland and Mitton took a unique and deep understanding of a damaged character and his coming of age story and ran with it down a dark horror-filled path. On every level of We Go On, we see a character and story-driven film craft dealing with coping, acceptance and the power of hope. Just like Miles, you feel immersed with his story and you come to understand the reasons why he has allowed himself to be a prisoner of protection from his mother, the past with his father and the range of fears that he has allowed residence inside of him.

We Go On is cast wonderfully with a fresh face like Freeman creating a character in Miles that offers different reflections of ourselves. Freeman embodies, on so many levels, the quirks, ticks, outbursts, breakdowns and personality with those wide eyes, reactions, the defensive body positioning as well as the tone and inflection of his voice. His mother Charlotte is both wicked and wonderful as O’Toole shows her craft with excessive caring, control and over-protecting of her son. The ensemble is solid with a special nod to Jay Dunn as the tether in Nelson and veteran actor John Glover as Dr. Ellison, the scientist who plays a key role in Miles’ journey. Also, the medium in Josephina played by Giovanna Zacarias who gives such a chaotic and emotional performance.

While We Go On sounds more like an uplifting and rocky drama, Holland and Mitton know how to cultivate horror. With very simple tricks, reaction, timing and smart camera work, We Go On is as much a dark drama as it is a ghost story with its share of tense and highly-strung moments. Both go hand in hand in this film, working in a symbiotic relationship to create a spooky, lingering and endearing story. Picked up for exclusive viewing on the paid streaming platform Shudder, it shows the keen eye and understanding of diversity in horror programming with this film joining the curated lineup. While many sit back and say horror is mostly gore or blood or killing or sex or brutality, the truth is that true horror is what sits inside you each moment of each day, holding you back as we see with each character in this film. That is what makes We Go On so special, frightening and powerful. For in each character, action and connection we see that Miles is an extreme reflection of what everyone is one way or another.

We Go On has it flaws such as the overdramatic performance towards the end and there are moments when it feels like an extended blend of an FX/Lifetime network show instead of a film. The film also leaves you with an expected ending which is a payoff for the journey of Miles and those he has affected but it is an indie project with strong writing that includes some very awkward and funny moments. Holland and Mitton use the humor as more than a release unlike many genre films who use it to break up or release the tension that is mounting.

The cinematography by Jeffrey Waldron is very effective at building that connection, that intimacy to each character, situation and reaction. Waldron’s framing and space often places you besides and/or inside the various characters that increases the mood. The lightening and color scheme reflects the mood well, finding a way to go deeper inside of you, to trigger that emotion. The sets and locations are gritty at times and very basic, but for an indie film like this they are overall exceptionally effective because you want that feeling that you understand and you have been there before. Hats off especially to Mitton who not only wore so many hats like Holland but created a voice within the fitting score for the film.

We Go On is a journey in many different aspects. There is a passion, an emotion and a personal stake in every frame of this film. Take the time to enjoy We Go On. Tt is a film that needs your attention … And multiple views. I can say it is a film for everyone as there is a a bit of a Miles, his mom, the TV spokesman, the scientist, the medium, the unknown number, the jilted woman, et al. in all of us in one way or the another. As The Band Perry puts it so well, “But it’s the never knowing that keeps this going and drives me crazy.”

In this article:Andy Mitton, horror, Jesse Holland, review, We Go On