The paranoid neighbour is a well-worn idea in cinema, but Creepy manages to provide an interesting and thrilling take on this premise.

Koichi Takamura is an ex-cop with a traumatic past who moves to a new neighbourhood with his wife. Looking to introduce themselves to their neighbours, they soon meet Mr Nishino, who lives next door. Nishino is the Creepy of the title; he is a strange character with an odd, socially awkward manner of behaving, but Koichi soon begins to suspect that there is more to him than that. Like the typical on-screen retired police officer, Koichi also finds it difficult to resist continuing to indulge his detective instincts around his job as a criminology professor as he investigates an unsolved case from around the area.

Like Koichi himself, Creepy works best when there is a mystery to solve. The continuing questions of how trustworthy Nishino is and just what is going on in his house provide the engine that drives the film forward. It works because we want to be detectives ourselves. Like Koichi, we slowly become more paranoid as the evidence mounts against Nishino, while the possibility that it’s all just unwarranted suspicion remains ever elusively open.

This restraint is arguably the film’s most admirable quality. One can imagine how easy it would be to use a great honking soundtrack to alert us to danger, but the majority of the film is, in fact, scoreless. This restraint also extends to events themselves. Director Kiyoshi Kurosawa expertly builds the tension through the increasing interaction Koichi and his wife Yasuko have with Nishino, cutting between this and Koichi’s investigation with his police officer friend.

The scenes speak for themselves, as does the acting. With his continual oscillation between strange and nice, Nishino is no doubt the interesting role, and Teruyuki Kagawa plays him convincingly and, as is required, creepily. Hidetoshi Nishijima also does good work with Koichi as he becomes more and more suspicious, and Yūko Takeuchi supports him well as his well-meaning wife.

However, it must be said that Hidetoshi and Yūko are not actually given a whole lot to work with. Their characters are fairly thin archetypes – an ex-cop and a house wife – and with the exception of a flashback to Koichi’s past, they are never given much depth. The same goes for Nishino himself; we don’t know what drives him, and in this sense the film is a little unsatisfying.

When Creepy finally reveals the answer and plays its cards, this is where it unfortunately falls down, retreating into a fantasyland which is never quite explained. While this drop in quality is not enough to add up to any substantial demerit, it’s a shame that a film that excels in building tension subtly eventually feels the need to fully reveal itself in the end. Furthermore, the explanation lacks the grounding in reality that the rest has had so far.

However, despite this slight misstep, the film works well as a whole package, from its disarming beginning to an effective conclusion. Creepy doesn’t reinvent the wheel, but it provides a thrilling mystery for any crime fan looking for a suspenseful ride with a hint of horror. 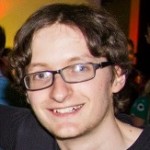 Always fascinated by films throughout his childhood, Stuart is now certain he wants to write about them. He has a particular fondness for the 70s American cinema he was introduced to throughout his time at the University of Winchester, at which he studied English. He blogs at https://afairjudgementdeserved.wordpress.com/ 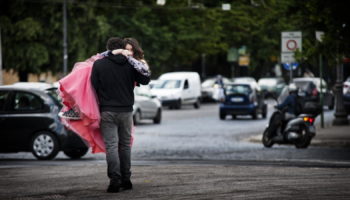 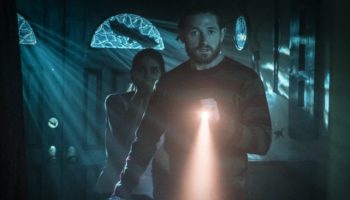