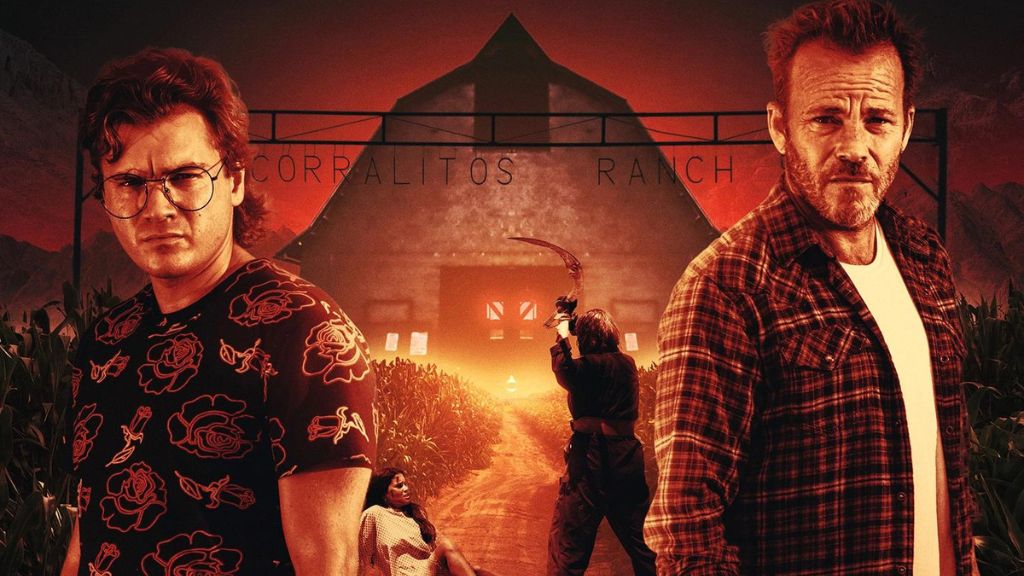 Lionsgate has dropped an anxiety-inducing official trailer for Ryûhei Kitamura‘s (Versus, Midnight Meat Train, Downrange) taut thriller, The Price We Pay in anticipation of the film releasing in select theaters, on Digital and On Demand on January 10 and on Blu-ray and DVD on February 21.

Directed by Kitamura, from a script penned by Christopher Jolley (Whisper, The Ghosts of Borley Rectory), and starring Emile Hirsch (Killer Joe, The Autopsy of Jane Doe) and Stephen Dorff (Blade, Leatherface) the film commences with an intense holdup at a pawnshop where Grace is taken hostage by the thieves. Forced to take refuge at a remote farmhouse late at night, they discover a secret dungeon with evidence of sadistic violence – and when “Grandfather” comes home, all hell breaks loose. Can Grace muster the courage to escape the gut-wrenching fates that befall her criminal companions?