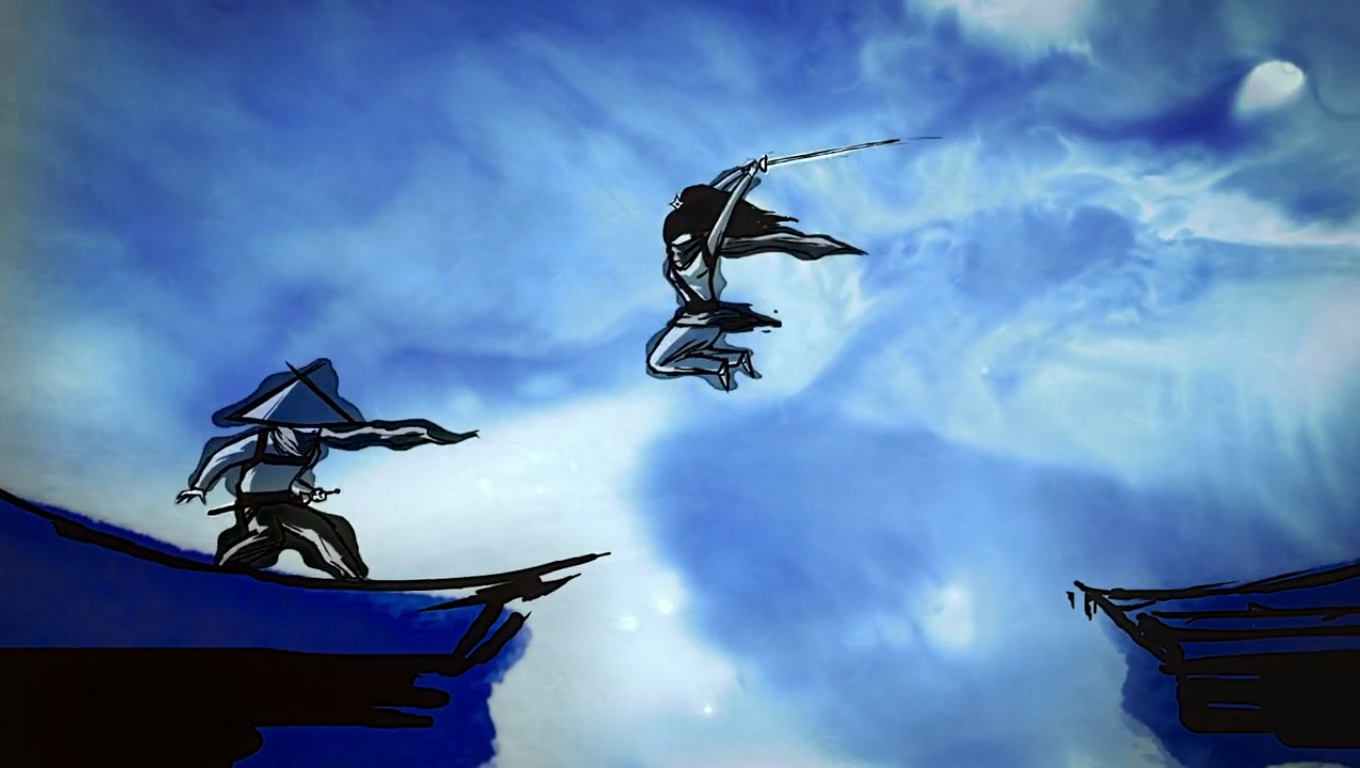 Sometimes animation needs no words. It tells the story itself. Sometimes silence is the best answer.

Requiem for Romance could take this on board as the animation here is truly magnificent. The short tells the story of a couple who are damned as the girls’ parents disapprove of her boyfriend’s art career. A phone call develops, as does a battle on screen between two characters on the rooftops of traditional China, representing the turmoil of both characters.

There is a niggling problem with this short animation. The thing with Requiem for Romance is that the phone call narration doesn’t work a lot of the time. While the set up between conflicting traditions, the unresolved relationship and the sweeping paint brush battle can slip together like poetry; other times you just want to lose yourself in the animation. That’s because it is so harrowing in itself and tells the story effectively well that the combination with the taped conversation feels forced. Sometimes it entwines so superbly that it is remarkable. Other times, it is utterly distracting. Especially because it is effectively unnecessary.

That’s not to say that director Jonathon Ng’s short film is bad. In fact, it is a superb piece of art that will take you along the tryst of a relationship and use pin pointed tradition paint strokes to develop characters. And the excavation of the phone call is still full of weight. It’s just together they don’t quite work.

What would have worked, perhaps, was space for the art form to breathe instead of getting swallowed up by the narrative, because the frames present here and the glorious visuals are too gorgeous not too let them pull you in.

In this article:Requiem for Romance