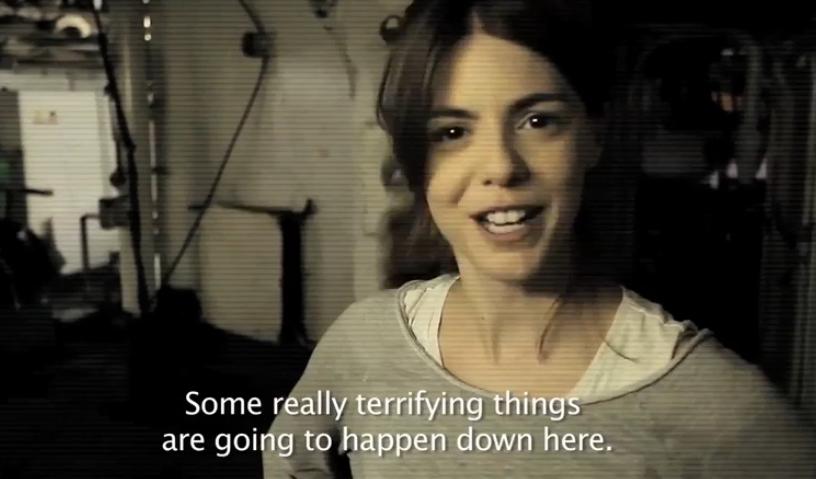 With the eagerly awaited horror sequel [REC]4 Apocalypse now well into the filming process under the wing of returning director and co-creator Jaume Balagueró Filmax have released a brief video featuring the original [REC] reporter, Manuela Velasco, as she takes us on a tour of the backdrop for the new film, a Russian merchant navy ship.

Following Paco Plaza‘s turn as director for [REC]3 Genesis, Balagueró returns to to the directors chair in a story penned by himself and Spanish TV scribe Manu Díaz following the young reporter Angela Vidal as she is rescued from the building in the original films and shuttled off to an oil tanker for examination. What soldiers on the outside fail to realise is that she “carries the seed of the mysterious demonic virus.”

We hope it’s not true but this is reported to be the concluding entry to the franchise. Although Balaguero confirmed filming started later than first envisaged, providing all continues as planned it is now expected to release in Spain on the 10th of October, 2014.

We’ll leave you with this peek inside the set of [REC]4 Apocalypse where Velasco claims “some really terrifying things are going to happen.” You can also see what Balaguero had to say about the sequel in my recent interview with him here.