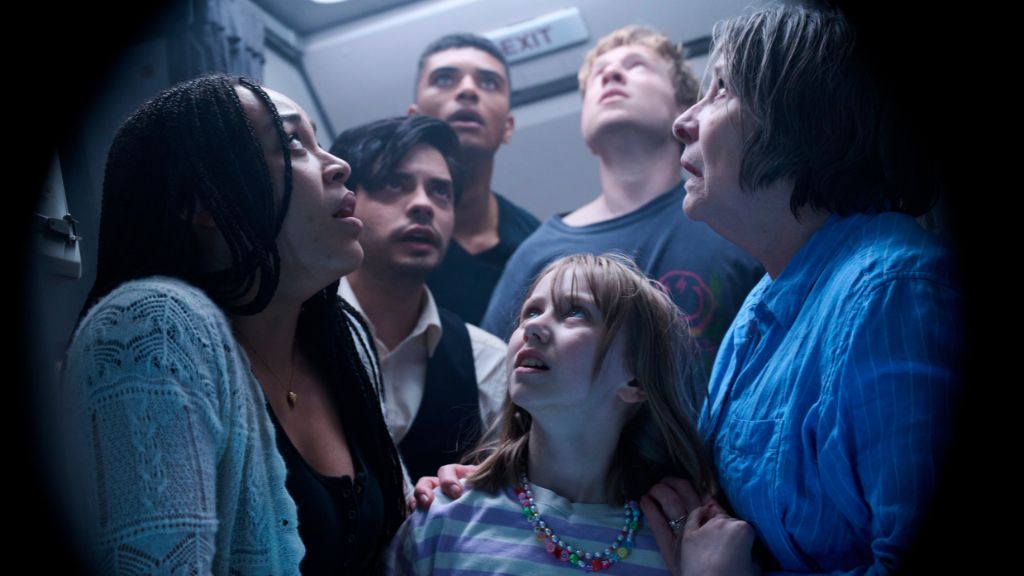 Principal photography has now wrapped on Claudio Fäh‘s (“Wilder,” Hollow Man II), high concept female-driven survival thriller No Way Up, from the Executive Producers of the successful 47 Meters Down franchise.

Under the production of by Annalise Davis (The Railway Man), Andy Mayson (The Girl With All The Gifts, Let Me In, 47 Meters Down), Will Clarke (The Girl With All The Gifts, 47 Meters Down), and Mike Runagall (Big Game, 47 Meters Down, Ghost Stories) and directed by Fäh, from a screenplay written by Andy Mayson, No Way Up chronicles the events of an airliner crash in the Pacific Ocean. The plane comes to rest perilously close to the edge of a deep ravine with the surviving passengers and crew – all from disparate backgrounds – trapped in an air pocket. With their air supply rapidly running out, a nightmare fight for survival ensues as dangers from all sides hone in on them. The film stars Colm Meaney (Con Air, “Gangs of London”), Phyllis Logan (Secrets and Lies, Downton Abbey), James Carroll Jordan (Kingsman: The Golden Circle, 6 Underground), alongside young upcoming talents Sophie McIntosh (“Brave New World”), Will Attenborough (Dunkirk, “Denial”), Jeremias Amoore (“Zero Chill”), Manuel Pacific (Terminator: Dark Fate) and Grace Nettle (“War of the Worlds”).

The film was shot in and around London using modular sets of an airplane lowered into a tank alongside cutting-edge virtual production technology provided by Dimension Studios. VFX will be completed by Stage 23 in Australia and Cyclo in Vietnam.

Commenting on the wrap, Producer Annalise Davis said, “I couldn’t be happier with how the shoot has gone.  Working with Andy Mayson’s roller coaster ride of a script, and Claudio Fäh’s sure-footed and inspirational direction, we have put together a top-quality cast and team, who have delivered a suspenseful survival thriller with a diverse set of exciting and inspirational characters.”

Altitude will handle worldwide sales and distribute the film in the UK and Ireland. The film has already been sold to 16 territories.