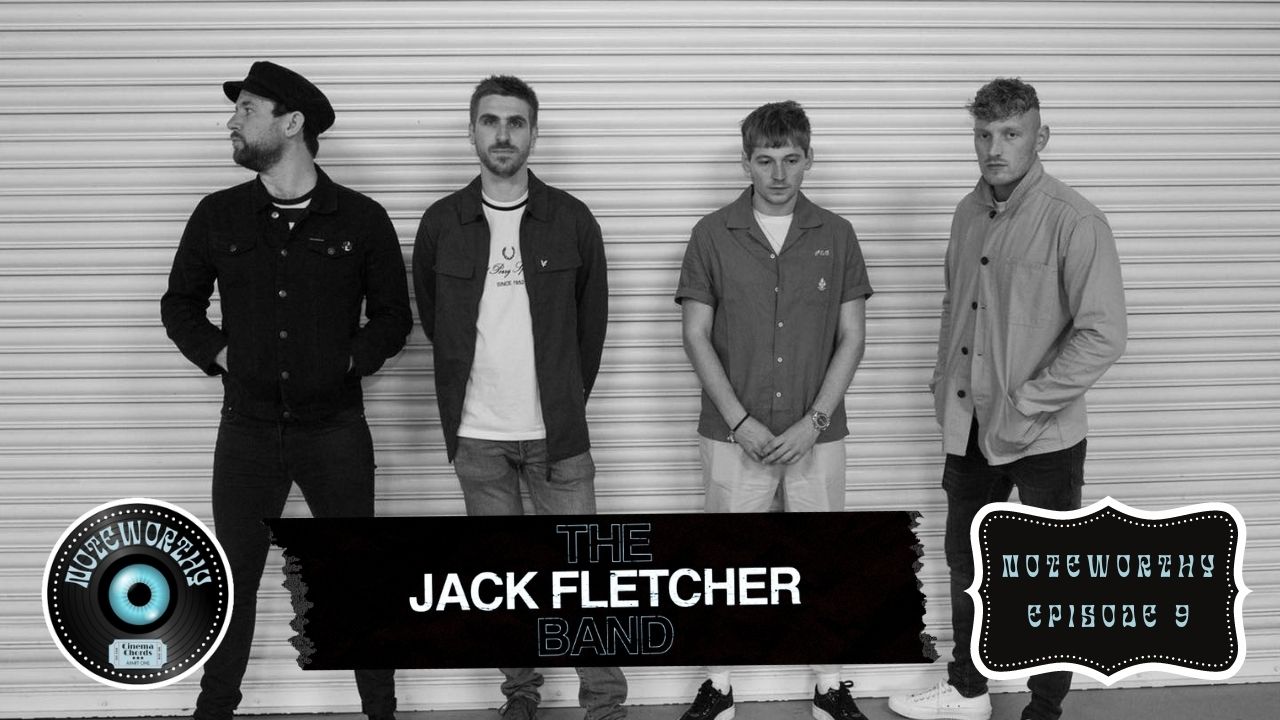 We’re back as always to try and cheer your Monday up as best we possibly can with another episode of “CinemaChords’ Noteworthy,” our weekly series of video interviews showcasing bands and musicians we hope to see break out in a big way in the imminent future. For today’s 9th episode we’re pleased to be able to welcome to the show, the Wolverhampton four-piece, The Jack Fletcher Band.

Singer-songwriter Jack Fletcher embarked on a solo career following the break-up of his former band ‘The Town’, but he had always felt more inclined to play in a group alongside other musicians. So, not long after meeting drummer Tom Robinson and bassist Henry Bradley on a music technology course at college, and later crossing paths with lead guitarist Kieron Ansell, the foursome’s shared – albeit disparate – musical tastes, ranging from Mod bands such as The Jam, The Who through to Led Zeppelin and Jim Hendrix right the way to Oasis, Richard Ashcroft and Jamiroquai, prompted them to form an indie-rock quartet, calling themselves The Jack Fletcher Band.

Describing their approach to music as “real,” the band is all about making great tracks and having a good time like it was towards the end of the last century when people didn’t even know what getting likes on social media meant. They are not strangers to the live circuit either, having played numerous festivals and venues including Lakefest, Party in the Pines Festival, and Wolverhampton’s Slade Rooms where they supported Ocean Colour Scene’s Steve Craddock. Most recently they have supported one of the buzziest bands of the moment, SHADER at various venues up and down the country.

Following their most recent release, the anthemic single “Phoenix”, which came out on the 4th of February this year, CinemaChords’ Howard Gorman caught up with the band to find out how they overcame Covid when lockdown came into effect literally the day after their first-ever tour started, when we can expect new material from the band, and to discuss their impending headline UK tour which is less than one month away.