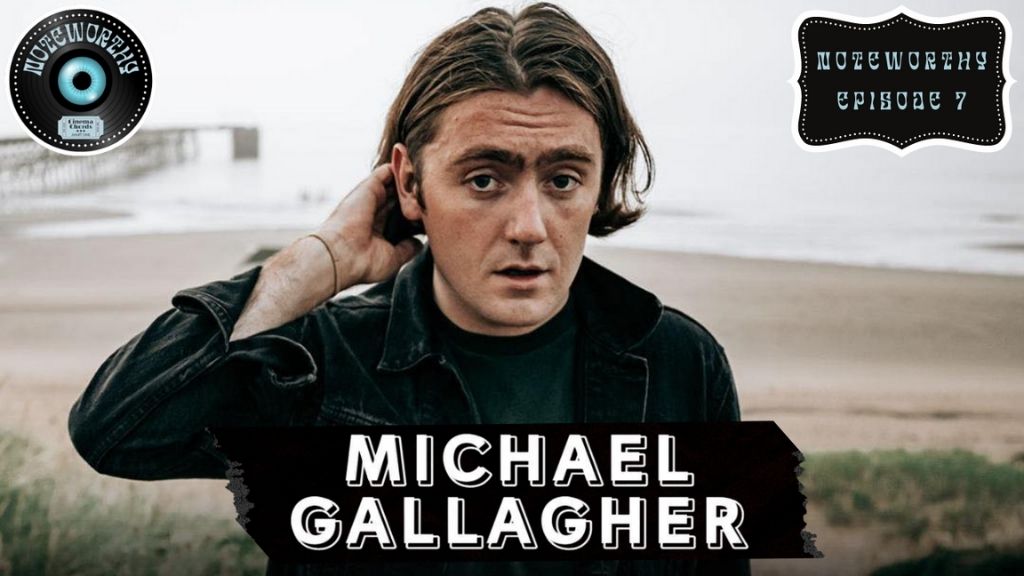 We’re back once more with CinemaChords’ “Noteworthy,” our weekly series of interviews shining a light on bands and solo artists poised for big things in the imminent future.

It’s hard to believe we’ve reached our seventh episode in this first series already but here we are and it couldn’t be a timelier one this week as we welcome singer-songwriter Michael Gallagher just in time to talk about his highly-anticipated new single “Kids” which releases this Friday, 25 February – which, by happy coincidence releases on the same day as his second of two sold-out hometown shows.

First exposed to the music scene by his grandmother, who gave him an extensive collection of CDs of the likes of David Bowie, The Rolling Stones, et al, this served as a catalyst to Michael learning to play the guitar himself on a guitar he had been given as a young child. Shortly after, he made the jump to playing shows in local pubs and bars, comfortably building himself quite the local fanbase.

Jumping forward a few years, once Covid struck, Gallagher didn’t let that affect his creativity or productivity, releasing four singles last year and performing a generous number of virtual shows and festivals during lockdown. And he’s all set to get back into the swing of live gigs again now, starting with two sold-out hometown shows at Idols – the first of which sold out literally in a matter of 60 seconds.

As Clash Music so perfectly put it, Gallagher is a genius when it comes to “Re-working standard tropes to produce something distinctive … The songwriter is steeped in indie favorites, but brings his own approach to the table.” This unique approach lies in his command when it comes to blending upbeat ’00s-reminiscent rock anthems with sharply-observed three-dimensional lyrics that deliver social commentary and intimate detail, all the while going beyond the call of duty to make each song stand apart from anything he’s done before.

In anticipation of Gallagher’s brand new single and imminent live shows, CinemaChords’ Howard Gorman caught up with the singer-songwriter to find out how the new track once again deviates from his previous material, where you can catch him live in the coming months, and how we won’t be waiting too long for even more new music from him as he’ll be heading straight back into the studio this Thursday to record a brand new EP.