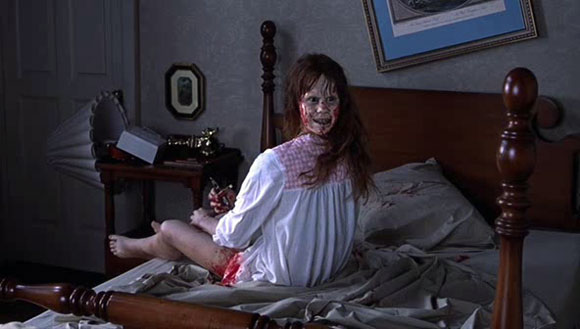 It’s hard to believe but it’s been 40 years since the release of the horror classic that was, and still is, William Friedkin’s The Exorcist and people still van’t get enough of it, even to this very day.

Last year Morgan Creek tried to shop a ten episode Exorcist television series penned by Sean Durkin but it failed to rouse any real interest. Now, in the light of succesful horror shows such as Hannibal and Bates Motel, both picked up for a second season, the studio hasn’t lost hope and are said to be re-shopping the series with a different script writer. The new adaptation comes from the hand of relative newcomer Jeremy Slater, currently writing the FANTASTIC FOUR reboot and, by the sounds of it, he is onto something as interest is reportedly coming out of various broadcast and cable network television camps.

Roy Lee, executive producer of the aforementioned Bates Motel series and hundreds of horror feature films such as The Ring, The Grudge and The Eye, is attached to exec. produce, as he was when Durkin was involved.

Although little else is known in relation to the proposed adaptation of William Peter Blatty‘s best selling novel, given the number of existing horror series currently flourishing on the small screen, it was clearly only a matter of time before other horror franchise TV adaptations stepped forward.