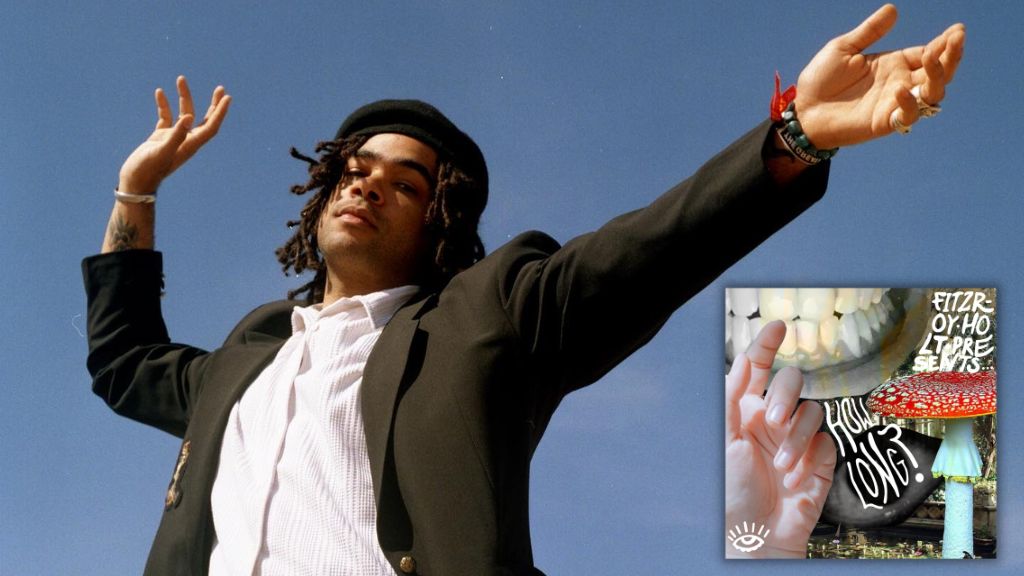 With all of just two official releases in his cap – namely, “Kelly” and “Medicine”-, Fitzroy Holt is rapidly gaining some serious traction. Now signed to This Feeling Records, the Midlands singer-songwriter is gearing up to perform his first London show at St. Pancras Old Church on October 28, which ties in with the release of his new single “How Long?” on the same day. This comes hot on the heels of a summer in which he found himself featured on BBC Music Introducing and playing at festivals including Isle of Wight and Truck.

Despite being just his third single, “How Long?” marks another stellar leap forward in Fitzroy’s sound; something that’s more than apparent as soon as the track begins, and showcases his ability to seamlessly blend different genres, encompassing R&B, soul, psychedelia and blues, without ever settling on one specific style.

Self-written like his previous releases, “How Long?” was produced by Gavin Monaghan (Paolo Nutini, Robert Plant) and engineered by Liam Radburn at The Magic Garden recording studio in Wolverhampton. Violin arrangements were The violin arrangements were provided by local musician Julianne Bourne, who has worked with everyone from The Sherlocks to Black Sabbath’s Tony Iommi.

Commenting on his latest single, Fitzroy says, “‘How Long?’ was written during the first days of the Covid lockdown. We’d just moved into our old studio above an art gallery in Wolverhampton and began what effectively became an involuntary artist retreat high above the city centre. Like every artist at the time, I think I was trying to channel my feelings of isolation and longing, but also hope. I hope it can be a battle cry for anyone who’s going through a tough time emotionally or spiritually. It always gets better.”

‘How Long?’ is just one of a number of new tracks that Fitzroy wrote during lockdown as the focus of this music drifted from his rock band roots to a more cultured and introspective solo career. Citing the likes of Bob Dylan, David Bowie and Blur as influences, Fitzroy is passionate about building a connection with fans on the road, the alchemy that arises between artist and audience and they share a moment during a live show. His other gigs to date have included shows as guest to Dylan John Thomas and Buzzard Buzzard Buzzard as well as This Feeling’s showcase at The Great Escape.

You can pre-save “How Long?” here and tickets are available for the aforementioned headline St. Pancras Old Church gig here.